How Steve Jobs killed off the British sex drive 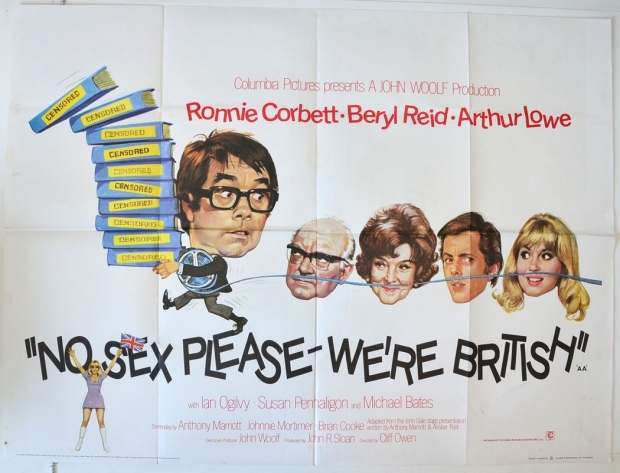 No sex please we are British

When Steve Jobs popularised smartphone technology he had no idea that he would be personally responsible for stopping British people from having sex.

A new study shows that sex has plummeted among married and cohabiting couples and is putting the blame squarely on the mobile lifestyle touted by Jobs.

Prof Kaye Wellings and the team who carried out the research pointed to two events that coincided with the decline and could possibly be important – the introduction of the iPhone in 2007 and the global recession of 2008.

In an era of constant phone use, there may be too much going on to get around to having sex, suggested Wellings. “I can see that the boundary between the public world and private life is getting weaker. It’s porous”, she said. “You get home and continue working or continue shopping or buy tickets – everything except for … talking. You don’t feel close when you are constantly on the phone.”

More than 34,000 people in the UK who took part in three waves of a large study called Natsal (national surveys of sexual attitudes and lifestyles). It shows a fall in sexual activity from 2001 to 2012 in all groups, with the steepest decline among the over-25s and those who are married or cohabiting.

The UK is not the only country where rates have slumped. Declines have been reported in Australia, Finland, Japan and the US, although in varying age groups. Researchers say one possible reason for the drop is that people no longer feel the need to exaggerate how often they have sex.

Most people say they are unhappy with the amount of sex they have. More than half – 51 percent of women and 64 percent of men – of Natsal respondents said in 2012 they would like to be having sex more often. That was a substantial increase from 39 percent and 51 percent respectively in 2001.  But in the mean time any Brits who are not getting any can blame Steve Jobs.  Apple fanboy's cannot, of course, they were never going to have sex with a real person anyway.

The paper, published in the British Medical Journal, draws from three surveys of men and women aged 16 to 44, in 1991, 2001 and 2012. There appeared to be a moderate increase in sexual activity between the first two Natsal studies, but that was followed by a steep drop.

Other research has shown the quality of sex matters more than the quantity, particularly for women, the researchers write.

“The wider implications of the decline in sexual frequency are perhaps more worrying. Should frequency of sexual contact serve as a barometer for more general human connectedness then the decline might be signalling a disquieting trend. The decrease in sexual activity is interesting, unexplained and warrants further exploration”, they write.

Last modified on 08 May 2019
Rate this item
(0 votes)
Tagged under
More in this category: « Microsoft makes election software which is harder to hack Huawei enables split screen video »
back to top