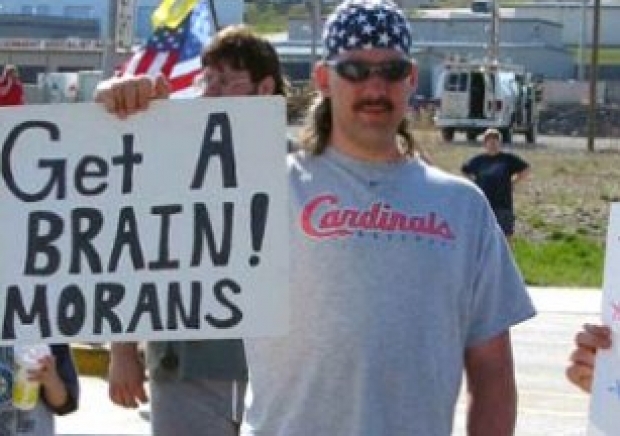 After revolting against their lawful king to obtain independence, US liberals are setting up Twitter accounts in Germany to avoid being hassled by neo-nazis who are abusing the rights to free speech and form militias rules which they wrote into their constitution.

Fed up with “nationalist content” and hate groups, US Twitter users are changing their location codes to Germany where they are free to use their gender-neutral pronounces without getting shouted out by someone who thinks they should go back to where they came from.

A user who switches their Twitter account location to Germany suddenly notices that there is a sudden drop in the hate posts. While it is not a liberal paradise of social media without any hate speech whatsoever, it is a lot harder to find.

Stephan Dreyer, a senior media law and governance researcher at the Hans-Bredow-Institut in Germany said that the most obvious expressions of Nazism and racism were harder to find on Twitter accounts with their locations set to Germany, there is still plenty of coded content that slips through the cracks.

Twitter users often point to the company's content policy in Germany to argue it should be able to identify and remove Nazis from the platform in other regions.

Some Twitter users are wondering how Twitter can filter out Nazis in Germany, but can't do it in the US.

The theory is that Twitter has a filter it uses to detect hate speech in Germany and chooses not to implement it elsewhere. But that’s not how it works. Twitter is required by German law to remove some forms of hateful content expeditiously.

In 2017, German lawmakers approved a new bill called the Network Enforcement Act, which was meant to bring concrete guidelines to online speech. Under the law, commonly known as NetzDG, social networking companies can face fines of 50 million euro if they fail to remove “manifestly unlawful” content within 24 hours after it is flagged or within seven days in less clear-cut cases.

However, Twitter has denied that there is any anti-Nazi filter involved. Twitter expanded its global policies to prohibit accounts affiliated with violent extremist groups in December 2017, the spokesperson said. When content is withheld from a country due to its local laws, Twitter includes a disclosure on the affected tweet or account indicating why it can’t be shown.

That means even in Germany, there are no filter screens for hateful content. Twitter still relies heavily on users to report content they believe violates its policies and the law.
It is just that in Germany, which had a rather bad experience with Nazis, has a willingness to report them rather than support them or even vote them into office again.

Last modified on 06 August 2019
Rate this item
(0 votes)
Tagged under
More in this category: « Microsoft provides tools to find holes in Azure Was Jedi delay all about Trump’s hatred of the Washington Post? »
back to top