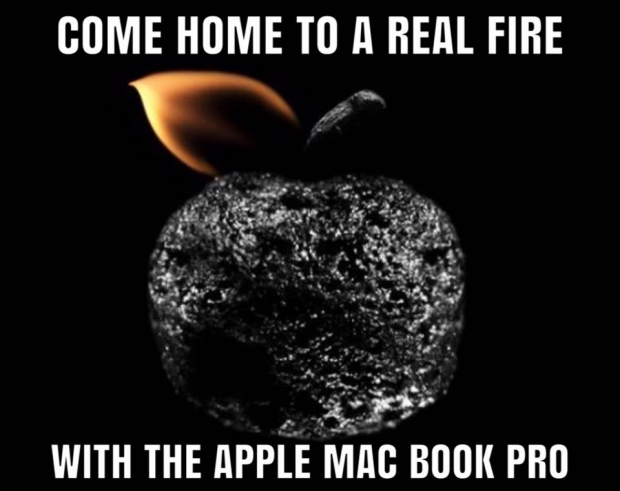 Your product doesn't ship with our "burst into flames" feature

Apple has filed a lawsuit against Corellium, accusing the software company of illegally selling virtual copies of iOS under the guise of helping discover security flaws.

The Tame Apple Press does not seem to understand how Corellium's business model works, given that it believes that Apple has never had any security flaws.

Apple claims Corellium has copied the operating system, graphical user interface and other aspects of the devices without permission, and wants a federal judge to stop the violations.

"Although Corellium paints itself as providing a research tool for those trying to discover security vulnerabilities and other flaws in Apple's software, Corellium's true goal is profiting off its blatant infringement", Apple said in the complaint. "Far from assisting in fixing vulnerabilities, Corellium encourages its users to sell any discovered information on the open market to the highest bidder."

Corellium creates copies of the Apple iOS, and says that it's all to help white-hat hackers discover security flaws. Instead, according to Apple, any information is sold to people who can then exploit those flaws.

Corellium, in a posting dated July 4 on its website, said it "respects the intellectual property rights of others and expects its users to do the same". Corellium's products allow the creation of a virtual Apple device, according to the suit. It copies new versions of Apple works as soon as they are announced, and doesn't require users to disclose flaws to Apple, the Cupertino, California-based company said in the complaint.

Apple wants a court order forcing Corellium to notify its customers that they are in violation of Apple's rights, destruction of any products using Apple copyrights, and cash compensation.

Last modified on 16 August 2019
Rate this item
(2 votes)
Tagged under
More in this category: « Cisco expects China crisis Huawei entangled in new crisis »
back to top