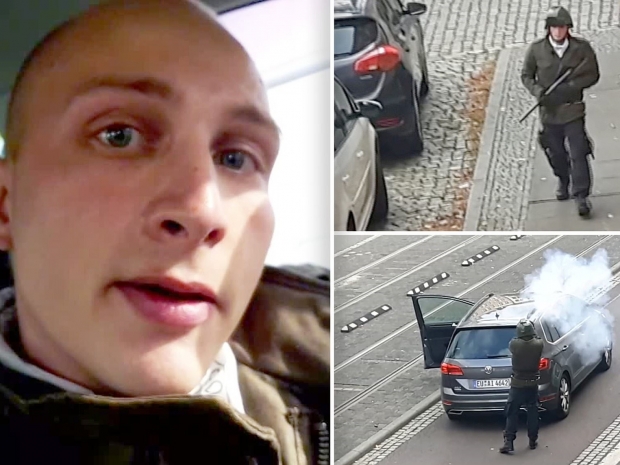 The suspected gunman in the Yom Kippur synagogue attack in Halle, Germany, broadcast his rampage on the live streaming platform Twitch.

It is the latest instance of rightwing extremists using mass shootings to create and promote real-time propaganda.

More than 35 minutes of video was broadcast live on Twitch. While the Amazon-owned company removed it, the video copies had already been downloaded and shared elsewhere on the internet.

Brielle Villablanca, a spokeswoman for Twitch, said: “We worked with urgency to remove this content and will permanently suspend any accounts found to be posting or reposting content of this abhorrent act.”

The video was viewed by just five people during the attack, the company said, and by about 2,200 people in the 30 minutes after the attack had ended and before Twitch took it down.

The video has since been broadly disseminated on Telegram, an encrypted messaging app that has become a haven for white nationalists and other far-right extremists. More than 33,000 people on Telegram had viewed one copy of the video as of Wednesday afternoon. Edited versions of the video were also being shared openly on Twitter throughout the day on Wednesday.

Oren Segal, director of the Anti-Defamation League’s Centre on Extremism warned that live-streaming enabled extremists to amplify their actions bringing their supporters and others that they want to inspire on the journey with them.

This makes it an interactive radicalisation tool that also helps spread content that may inspire the next attacker after them.

The video opens with the suspect introducing himself in English to the camera as “Anon” and declaring himself an antisemite, anti-feminist and Holocaust denier. The use of English suggests he had an international audience in mind, and a reference to falling birth rates is in line with popular white nationalist tropes.