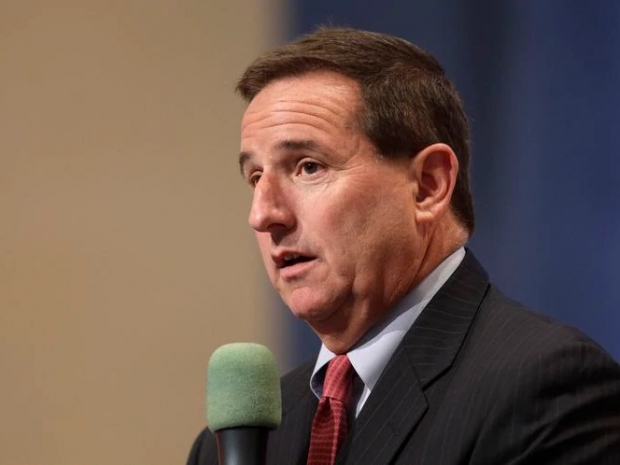 Mark Hurd, who was the chief executive officer of three major technology companies including Oracle, died on Friday. He was 62.

Hurd was co-CEO at Oracle with Safra Catz where he focused on sales, marketing and press and investor relations, while she ran finances and legal matters.

Oracle announced on 11 September that Hurd had begun a leave of absence for unspecified health-related reasons and that Catz and Oracle chairman Larry Ellison would assume his responsibilities during his leave. The company didn’t disclose a cause of death on Friday.

Hurd began his career in 1980 as a salesman for National Cash Register (now NCR), before rising in the ranks to the CEO post. In 2005, he was hired away as CEO by Hewlett-Packard, then the world’s biggest personal computer maker.

It was there he gained some attention when he was involved in a sexual harassment allegation from a former soft-porn star. While an internal investigation didn’t find a violation of the company’s sexual harassment policy, it concluded that he violated company standards by filing inaccurate expense reports to conceal a personal relationship with a contractor.

Ellison described Hurd’s dismissal by HP as the “worst personnel decision since the idiots on the Apple board fired Steve Jobs” and hired him as co-president in 2010,  where he did quite well. Hurd produced substantial revenue and profits as the company’s stock price hit a historic high in 2019. He was also a key driver in Oracle’s turn from an old model of licensing software toward the use of cloud computing, a burgeoning business dominated by rivals Amazon and Microsoft.

Hurd reshaped Oracle’s salesforce. Beginning in 2013, he implemented a “specialist” model that made each member an expert in a single product category. In that year alone, he hired more than 4,000 people to implement his idea.

He also created the “class of” programme that was designed to inject a startup feel into Oracle. College graduates were hired for a dedicated programme that prepared them to become Oracle’s future sales leaders.

In 2014, Hurd and Catz were named co-CEOs, while Ellison continued to serve as chairman of the board, orchestrate management changes and develop products as chief technology officer.

Hurd pushed Oracle toward cloud computing. He predicted in 2015 that by 2025, all enterprise data would be stored in the cloud and that 100 percent of software development and testing would run through it.

However, he slashed costs and jobs and fired thousands of workers when he first took over as HP’s CEO and laying off thousands more after the $13.9 billion purchase in 2008 of a struggling EDS, a move many investors disliked.

Despite several scandals, Hurd was praised by the industry – at least CEOs. In 2007, he was named one of Fortune magazine’s 25 most influential business leaders. In 2008, the San Francisco Chronicle named Hurd CEO of the Year.

He is survived by his two daughters, Kathryn and Kelly.

Last modified on 21 October 2019
Rate this item
(0 votes)
Tagged under
More in this category: « Huawei might license 5G tech to US companies Project Trident tells FreeBSD to fork off »
back to top