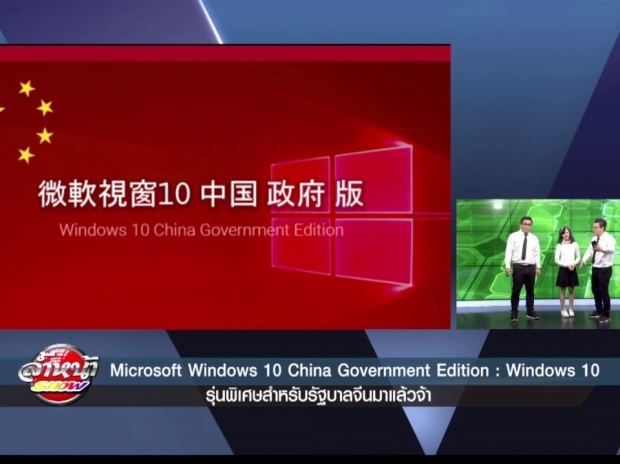 Microsoft said it has been licensed by the US government to export software to Huawei, which experts assume is Windows.

US President Donald Trump said this week it would allow some suppliers to restart sales to the Chinese telecoms giant, which was placed on a trade blacklist over national security concerns six months ago.

The Commerce Department confirmed it had begun issuing licences for some companies to sell goods to Huawei, expanding the company’s supplier base and providing long-awaited clarity to the industry that once sold it billions of dollars worth of goods.

A US official said it had received roughly 300 licence requests, about half of which had been processed. Roughly half of those – or one-quarter of the total – had been approved and the rest denied.

It was not immediately clear which products had been approved for sale to Huawei although some licences for mobile phone components and non-electronic components have been approved.

Dan Ives, an analyst with Wedbush Securities, said the licence was most likely for the company’s Windows operating system.

“This will be a major relief for Huawei after an arduous period with large technology players like Microsoft, Google and others restricted on the platform”, Ives said.

What would be more important to Huawei is its licensc for Andriod. Without access to Google services such as its Play Store for apps, Huawei phones will become harder to sell to consumers outside of China.

All this puts Trump's administration in a bind with Republican supporters.  Having told them that the embargo was all about security rather than winning a trade war, some senators now want to block sales to China because there's a threat to US security.  Apparently they have difficulty accepting that there never was a threat in the first place and it was all a heavy handed move to bully China into making concessions during an unnecessary Trade War.

Last modified on 22 November 2019
Rate this item
(0 votes)
Tagged under
More in this category: « Trump claims credit for “new” Apple factory Pai says goodbye to American Huawei »
back to top