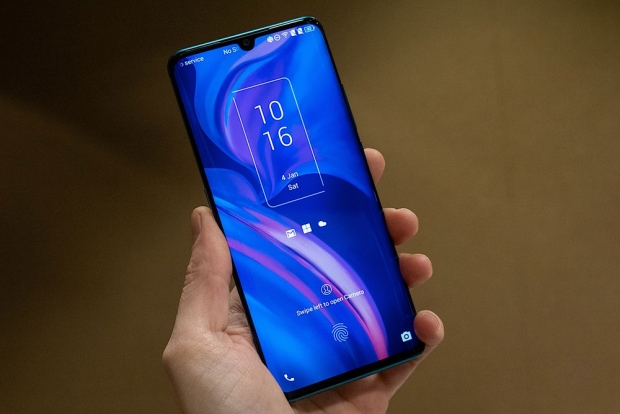 Android phones offering more than Apple at half the price

Members of the Tame Apple Press have been rather shocked at CES to discover that they can find much more innovative phones for half the price.

We feel particularly sorry for Lisa Eadicicco at Business Insider who clearly didn’t realise that decades of her newspaper propping up the Apple cargo cult has resulted in over priced phones which are a couple of years out of date.

But she faced the reality of the situation when she came face to face with a phone made by TCL which is about to release three flavours of TCL 10 smartphones, all of which will cost less than $500.

Not only is the TCL 10 Pro cheap it looks rather nice with its curved, borderless AMOLED screen made by TCL with no "notch" cutout, a quadruple rear camera setup, facial recognition, and an in-display fingerprint reader.

“Some of those features, like a fingerprint scanner that's built into the screen and the addition of a fourth camera, aren't even found on Apple's most expensive variant of the iPhone”, she sulked.

One of the best features is that the TCL's 10 Pro also comes with a headphone jack which Apple declared its users could not have because it was interfering with them making a profit.

The TCL 10 Pro has four main cameras: a 64-megapixel main camera, an ultra-wide-angle camera, a macro lens, and an ultra-low-light camera. That last one is significant because many smartphones don't come with a dedicated lens for low light photos. Instead, they use a combination of software and hardware to take clearer photos in low-light situations.

TCL hasn't announced the full specifications yet, but the phone feels like it's around the same size as Samsung's 6.1-inch Galaxy S10. You'll also notice there's a small cutout for the front-facing camera, also like the Galaxy S10.

Eadicicco thinks that the TCL 10 Pro is another sign that the smartphone industry is shifting as tech giants have had a harder time convincing consumers to upgrade their devices as prices have increased.

However, she does miss the point. People will pay for phones that provide them with a substantially better experience. They will not pay to upgrade a phone for another which does the same thing particularly when it is priced at $4-500 more.

Last modified on 13 January 2020
Rate this item
(1 Vote)
Tagged under
More in this category: « Microsoft listened into Skype calls with no security Internet pioneers revolt over privatisation of .org »
back to top