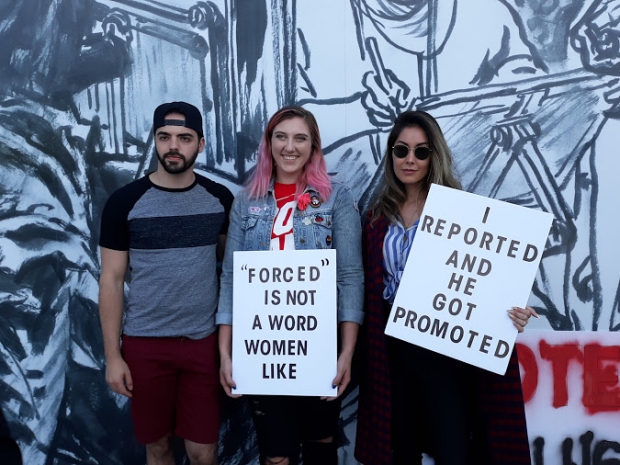 Payout should be 40 times that

Riot Games thought that paying out $10 million to female employees as part of a settlement over a gender discrimination class would be enough to make the case go away, but it turns out they had not considered the pesky government.

Two state agencies are taking the unusual step of trying to stop Riot Games from paying out $10 million because the women could be entitled to as much as $400 million instead.

In November 2018, when two women who had worked at the Los Angeles game studio, which makes the popular “League of Legends” title, sued over violations of the California Equal Pay Act, alleging they were routinely subjected to sexual harassment and gender discrimination.

The women’s lawyers and the game studio reached a preliminary settlement in December and were waiting for the Los Angeles Superior Court to approve the settlement that they hammered out in mediation.

However the California Department of Fair Employment and Housing said the women of Riot Games could be entitled to “over $400 million” in potential back pay based on the wage differential between men and women at the company, excluding any additional penalties, according to the calculations included in the existing settlement.

The agency, which launched its own investigation into the company in October 2018, added that the non-monetary terms of the settlement were inadequate, writing that “no enforceable changes to employment policies, at a company alleged to be rife with sexism, is part of the settlement”.

The state agency also slammed the underlying process that led to the settlement, noting that the plaintiff’s lawyers did not engage in discovery to try to determine a fair dollar amount for their clients, and had apparently made several procedural mistakes along the way.

Riot spokesperson Joe Hixson wrote in a statement to The Times that the outfit “worked hard to negotiate with the lawyer representing the class to reach an agreement that we collectively believe is fair for the class members. Now DFEH is trying to disrupt that agreement in a legal filing that is filled with inaccuracies and false allegations”.

However, the case came after series of exposés on the company’s culture, beginning with an article from the games website Kotaku, and laid out allegations that Riot fostered a “men-first” “bro culture” that failed to punish or control harassment.

It described inappropriate behaviour such as “crotch-grabbing, phantom humping, and sending unsolicited and unwelcome pictures of male genitalia” and said women who spoke were faced with “denied promotions, refusals to provide increased compensation or equal pay, demotions, reassignment with significantly different responsibilities, losses of benefits, suspensions, terminations, and other adverse employment actions”.

The Division of Labour Standards Enforcement filed a request to officially intervene in the case, arguing that lawyers for the women who worked at Riot failed to do their due diligence in coming to the settlement and that the terms of the settlement let Riot off the hook for potential labour law violations beyond the initial purview of the lawsuit.

This is under the 2004 Private Attorneys General Act, employees and their lawyers are allowed to bring suit against employers for violating labour law — legally stepping into the shoes of an official state agency to bring the case.

In court filings, lawyers for Riot and the plaintiffs argue that the DLSE is wrong and that the case is procedurally sound.

The fate of the state’s attempted intervention will be decided at two hearings. On 31 January, the court will decide whether to grant DLSE the right to intervene in the case, which will allow the agency to engage in its own discovery and litigation against Riot Games for labour code violations as part of the same suit.

On 3 February, the judge will decide whether to heed the objections of the California agencies and reject the proposal or move forward with the $10-million settlement.

Last modified on 22 January 2020
Rate this item
(0 votes)
Tagged under
More in this category: « Facebook related crimes rise in UK Wordpad gets adverts »
back to top