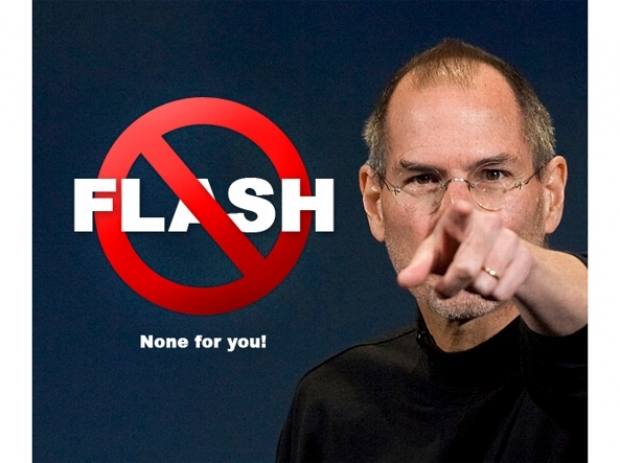 More than a decade ago, Apple's High Priest Steve Jobs moaned that Flash was responsible for things breaking in his software.  Now, it seems Apple is ending all connection with the software which appears to have outlasted Jobs himself.

Jobs' Mob has completely removed support for it in the latest release of Safari Technology Preview, foreshadowing what's in store for the browser later public release.

The Tame Apple Press claims that Apple was actually one of the first companies to ostracize the troublesome Flash software, which was riddled with vulnerabilities and security flaws. The reality was that everyone hated it, it was just that it was used on about 75 percent of websites.

Jobs also complained that Flash was responsible for breaking all his software, which did not explain how, after the company refused to support Flash on iOS back all the way back in 2007, Apple's software errors continued.  What Apple's actions did do was enable other companies to abandon the software including Google, Facebook, Microsoft and Mozilla. In 2017, Adobe itself announced plans to end Flash support and development in 2020.

The omission of support for Flash in Safari is unlikely to really impact on users, however, as up to this point the plugin had to be wilfully installed, and even then you'd have to really want to use it since Safari didn't support any other plugins on Mac. Doing away with any and all support, however, signifies Apple's intentions to wash its hands of Flash altogether. Come to the end of the year, when Adobe eventually pulls the plug, the once-ubiquitous technology will be gone forever.

Last modified on 24 January 2020
Rate this item
(0 votes)
Tagged under
More in this category: « Intel slashes the cost of Comet Lake-S CPUs Trend Micro set up a fake IT factory »
back to top