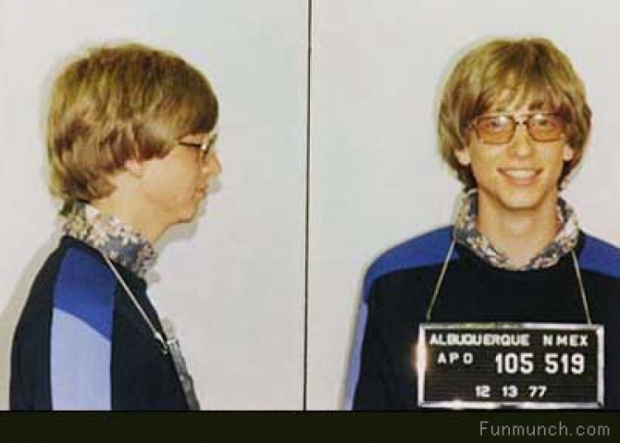 Apparently he is responsible for 5G, the Corona Virus and your mother

Russian trolls are clearly behind a campaign to blame former software king of the world, and sworn enema of the mosquito, Bill Gates for the coronavirus.

Wired has identified Russian propaganda broadcaster RT for the vast spread of 5G/coronavirus conspiracy theories including the latest that it is all Bill Gate’s fault.

While RT has never outright linked 5G to coronavirus, it has played a role in adding legitimacy to conspiracy theories surrounding the technology.

RT's disinformation campaign against 5G — seemingly created to hinder the global roll-out of the technology so Russia can catch up — has since spread to a network of blogs and social media accounts, where it has been decoupled from Moscow's propaganda firehose.

On January 29, RT's Greenstein opened an afternoon news show with a five minute monologue asking viewers to question the role of Bill Gates in the coronavirus pandemic.

"Maybe this is something to consider when you're reading headlines about how the Gates Foundation is pledging money to fight the coronavirus", she said.

While Greenstein stops short of accusing Gates of somehow planning the coronavirus outbreak, RT's winks and nods have added fuel to another conspiracy theory that has also gone viral.

None of these conspiracy theories have a shred of truth in them, while some are outright dangerous.

It is all helped by the fact that humanity has apparently started listening to the views of stupid people.

The theory was spread further by David Icke who livestreamed a two and a half hour interview Monday linking 5G and the coronavirus pandemic.

No one ever used to listen to David Icke, not when he thought it was important to wear violet, when he was interviewing mentally ill women about their sexual fantasies about Bill Clinton, or when he thought everyone was a lizard. These days now, everyone believes him – well not sane, rational people with opposable thumbs.

The BBC reports that YouTube has since deleted the video -- watched by 65,000 viewers -- in which a former football player turned conspiracy theorist claimed that a coronavirus vaccine, when one is developed, would include "nanotechnology microchips' that would allow humans to be controlled. He added that Bill Gates — who is helping fund Covid-19 vaccine research — should be jailed".

Ironically, efforts to launch 5G networks are well underway in Russia itself and the New York Times reports that Russians have embraced even more extreme views on the high-frequency wireless signals: It's believed that they can be used to heal wounds, fight hair loss, rejuvenate skin, and treat cancer.

In fact it is so important that they don’t want the West to have it and it seems the plan of attack is to get stupid people to stop it happening.

Last modified on 14 April 2020
Rate this item
(5 votes)
Tagged under
More in this category: « 6GHz band could generate more than $180 billion in US revenue Samsung will deliver 3nm in 2022 »
back to top