Zoom admits it kowtowed to the Chinese 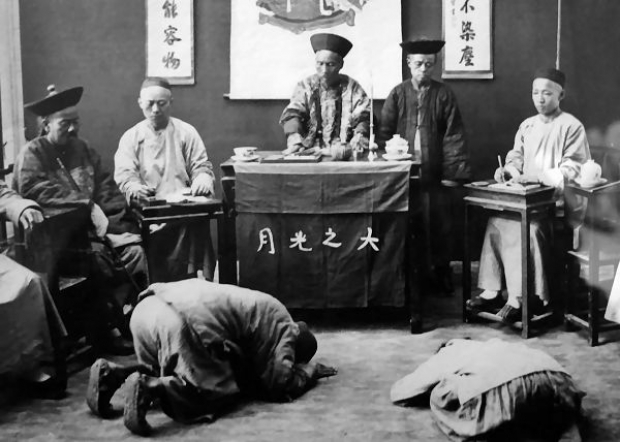 Zoom has admitted that it stuffed up when it kowtowed to the Chinese government and cancelled the accounts of human rights activists about to have an online meeting about the Tiananmen Square crackdown.

In a statement, Zoom said that Lee Cheuk-yan, Wang Dan, and Zhou Fengsuo’s accounts have been re-instated and a new process for handling similar situations has been established.

The company said that in May and early June, it was notified by the Chinese government about four large, public 4 June commemoration meetings on Zoom that were being publicised on social media, including meeting details. The Chinese government informed Zoom that this activity was illegal in China and demanded that Zoom terminate the meetings and host accounts.

“We did not provide any user information or meeting content to the Chinese government. We do not have a backdoor that allows someone to enter a meeting without being visible. For one of the meetings, even though the Chinese authorities demanded we take action, we chose to keep the meeting undisturbed because it did not have any participants from mainland China”, the company said.

However for two of the four meetings, a US-based Zoom team reviewed the meeting metadata - such as IP addresses - while the meeting was in progress, and confirmed a significant number of mainland China participants.

For the fourth situation, the Chinese government showed a social media invitation for an upcoming meeting referencing a June 4th commemoration event and demanded it act.

The Chinese authorities also notified it of a prior meeting under this account that they considered to be illegal. A US-based Zoom team confirmed the attendance of mainland China participants in that prior meeting.

Zoom does could not remove specific participants from a meeting or block participants from a certain country from joining a meeting. As such, it made the decision to end three of the four meetings and suspended or terminated the host accounts associated with the three meetings.

“We strive to limit actions taken to only those necessary to comply with local laws. Our response should not have impacted users outside of mainland China. We made two mistakes: we suspended or terminated the host accounts, one in Hong Kong SAR and two in the U.S. We have reinstated these three host accounts.”

In the future Zoom will not allow requests from the Chinese government to impact anyone outside of mainland China.

Zoom was developing technology over the next several days that will enable it to remove or block at the participant level based on geography.

“This will enable us to comply with requests from local authorities when they determine activity on our platform is illegal within their borders; however, we will also be able to protect these conversations for participants outside of those borders where the activity is allowed”, the company said.

"We are improving our global policy to respond to these types of requests. We will outline this policy as part of our transparency report, to be published by June 30, 2020."

Last modified on 12 June 2020
Rate this item
(1 Vote)
Tagged under
More in this category: « EU concerned about US and Chinese facial recognition software System76 releases Ryzen based laptop »
back to top