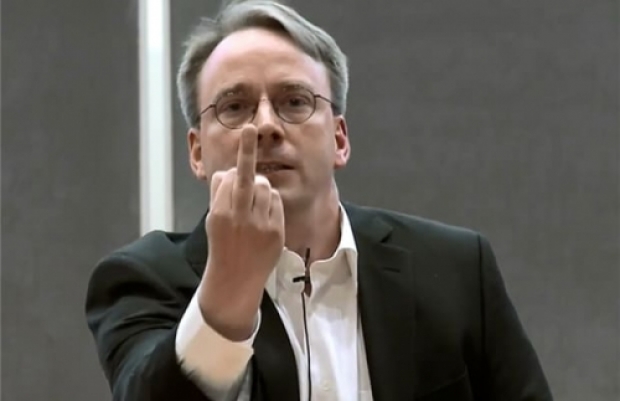 Linux creator Linus Torvalds was back on form while talking about Advanced Vector Extensions 512 (AVX-512) found on select Intel processors.

To be fair, Torvalds did not go all Mr Sweary on Chipzilla, but he did have a few words about the compiler instructions Intel is enabling for Alder Lake and Sapphire Rapids.

Torvalds said that the Alder Lake instructions being flipped on in GCC right now make no mention of AVX-512 but only AVX2 and others, likely due to Intel pursuing the subset supported by both the small and large cores in this new hybrid design being pursued.

The lack of seeing AVX512 for Alder Lake led Torvalds to say: "I hope AVX512 dies a painful death, and that Intel starts fixing real problems instead of trying to create magic instructions to then create benchmarks that they can look good on. I hope Intel gets back to basics: gets their process working again, and concentrate more on regular code that isn't HPC or some other pointless special case."

He added: "In the heyday of x86, when Intel was laughing all the way to the bank and killing all their competition, absolutely everybody else did better than Intel on FP loads. Intel's FP performance sucked (relatively speaking), and it mattered not one iota.Because absolutely nobody cares outside of benchmarks. The same is largely true of AVX512 now - and in the future."

Later he added: "Stop with the special-case garbage, and make all the core common stuff that everybody cares about run as well as you humanly can."

It is important to note that Torvalds' has just switched to AMD Ryzen Threadripper for his primary development PC so maybe any love he has for his Intel gear has long gone.

Last modified on 13 July 2020
Rate this item
(10 votes)
Tagged under
More in this category: « Torvalds signs off on banning a list of racist words Apple to teach software coding to teachers »
back to top