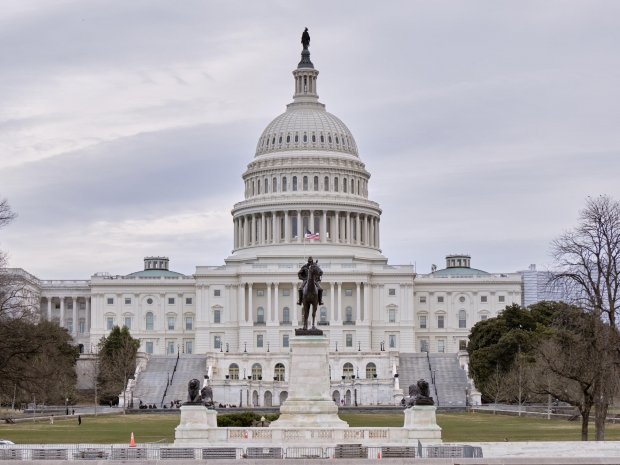 It is going to tell Congress what to do

It is a big day for the four biggest names in technology, they are going to show up in front of Congress which is pretty much in their pockets and answer tough questions like “how do you relax?”

We are being facetious but no one is seriously expecting Mark Zuckerberg (Facebook), Sundar Pichai (Google), Tim Cook (Apple) and Jeff Bezos (Amazon) to receive a tough time at the hands of Congress.  The four of them have poured tons of cash into US politicians campaign coffers and it is an election year.

What is unusual is  Bezos has never testified before either house. They have never all been quizzed together. Which on the plus side does mean that we know that they are not the same person.

The US press, which holds some degree of belief in the corporate oligarchy they call democracy, thinks that the four are going to be grilled and their testimony could be a “defining moment in their future relationship with government”.

They are also going into the event knowing that while the COVID-19 pandemic has gutted shedloads of companies who actually pay a lot of tax, Big Tech thrived and together they are now worth $5 trillion dollars.

They are also accused of every corporate evil in the book mainly by exploiting loopholes.

In pre-released comments, Mark Zuckerberg argued that Facebook had become successful "the American way" - providing products that people find valuable after starting with nothing.

"Our story would not have been possible without US laws that encourage competition and innovation", he said.

So in other words “you will not change anything that will damage Facebook’s profits”.

However he said that Amazon and all large institutions, whether they're companies, government agencies, or non-profits have a duty. “Our responsibility is to make sure we pass such scrutiny with flying colours.”

Critics say that these companies hurt consumers in a more subtle way, killing off smaller companies and strangling other businesses. The charge is that they are in fact damaging the economy. That's what legislators are supposed to be looking to examine.

But is America, and it is unlikely this will happen.  Previous “grillings” have always failed to ask difficult questions or create any results. Normally the procedure is to make it as easy as possible for the tech giants to get off the hook by using bogus committee procedures such as limiting questions.

Already the committee has refused to grill the four separately as antitrust watchdogs wanted. The hearing will be virtual so there will be no pressure on the four.

Congress members are more likely to grandstand rather than asking the more difficult technical questions that might catch them out. Trying to prise the four away from their scripts is going to be the toughest job. That worked most effectively during Mr Zuckerberg's so called “interrogation” on Capitol Hill in 2018.

Off-topic questions are also likely - particularly for Mark Zuckerberg. For example, Facebook is currently the focus of an advertising boycott. It's accused of being too slow in removing racist and hateful content, and that could well be a line of questioning.

Democrats are concerned about far-right content on the platform and cosy deals with President Donald Trump and Republicans that the company is structurally left-wing and are not allowing enough  “conservative voices”.

Big Tech has a few cards to play.  Republicans with their fears about China will almost certain to be told “if you break us up you will give the lead to China”.

But it is unlikely that when you have a political system where you can buy politicians through lobbying, Big Tech has anything to fear from those who are effectively their employees. What they might have to worry about is the need to go through a ritual of "appearances" in election year.  This will mean you can expect a few curly questions, but at the same time nothing will come of it.

Last modified on 29 July 2020
Rate this item
(0 votes)
Tagged under
More in this category: « Samsung and TSMC gets boost from Intel outsourcing rumours Trump has cunning plan to regulate social media »
back to top