McAfee admits his thong arrest was a hoax 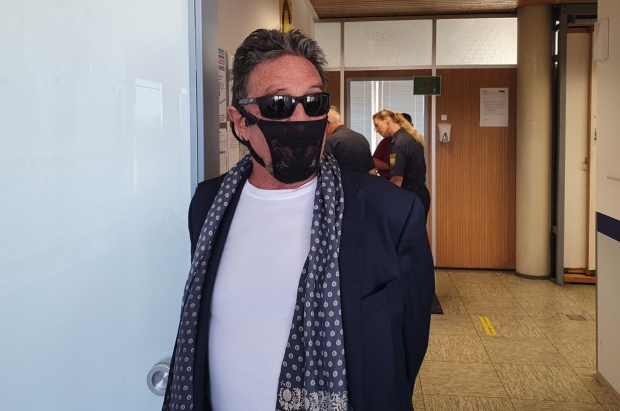 Thongs for the memory

Former internet security giant, and tech industry badboy John McAfee has admitted his viral claim that he was arrested in Norway for wearing a thong as a face mask was all a hoax.

The interwebs were all a twitter, especially Twitter, after McAfee, 74, the eccentric, eponymous founder of the PC antivirus software giant, took to Twitter on Monday to announce that he had been detained because he refused to don a medically certified mask instead of a nice women's thong he was wearing on his face.

“My coronavirus mask is the problem. I am insisting it is the safest available and I’m refusing to wear anything else — for my health’s sake. Authority!?!?!?!?”, he said in another tweet.

“Going to have to cancel the Red Scarf Society meeting. I am so sorry. Note to future adventurers: Always joke with your captors. No matter what”, McAfee added, referring to his group.

His wife, Janice, then took over his Twitter account and said she’d managed it “until he escapes (usual method), bribes someone (very quick – might be out in a few hours), retains the right lawyer (will be a few days) or becomes warden of the jail, in which case we will have to force him out”.

She added: “He was not arrested for wearing the thong as a mask. He was arrested for refusing to replace it with a ‘medically certified’ over the ear mask. I refused as well. But they chose to arrest John, and leave me be.”

Janice repeated her husband’s contention that masks stop bacteria, not viruses, and posted images of him wearing a black lace thong.

Later, she shared a video from their private jet as it took off for Munich, where they live.

“I’m following John’s instructions and heading back. He assured me he would be released”, she wrote.

In a subsequent tweet, McAfee announced that he was “back in Belarus and, with the exception of a black eye, no worse for wear.

“I cannot speak publicly about my fun and games yesterday, regrettably, but after a few hours sleep I will be back with my usual stream of conscious [sic],” he added.

Later on Tuesday, McAfee came clean about his prank — tweeting photos of news stories about the alleged arrest.

“The MSN fact checks stories? Nope!” he wrote, then pointed out that the photos in question showed “Polizei” — the German word for police — meaning the “arrest” couldn’t have occurred in Norway.

“Many news outlets reported ‘Norway’ as the location of my arrest. Just ’cause I said so. Wow!” McAfee added.

Last modified on 13 August 2020
Rate this item
(0 votes)
Tagged under
More in this category: « TikTok exploited Android bug to track users Bricking your power supply could be a good thing »
back to top