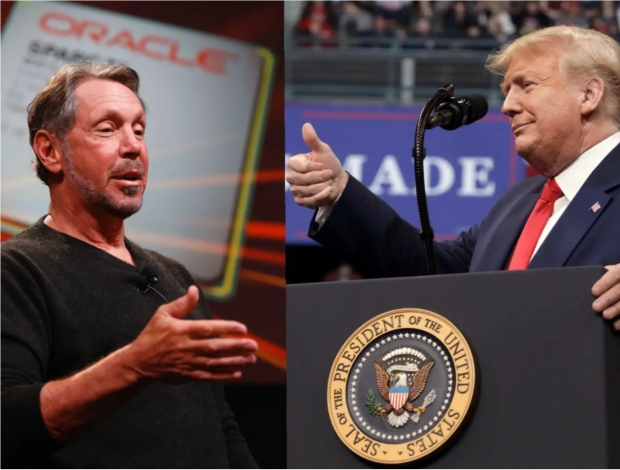 Is this what the whole thing was about?

US President Donald Trump has said tech giant Oracle would be "a great company" to take over TikTok's US operations.

For those who came in late, Trump effectively banned TikTok in the US on security grounds. He apparently will allow the company to continue if it is owned by a US company.  Microsoft is the key bidder for the outfit but Oracle has announced it is interested too.

Ellison insists that he has never given money to Trump's campaign. He has, however, helped Trump fundraise and he joined Trump's transition team in 2016, Ellison has been one of Trump's top supporters in the tech industry.

Trump's comments - during a speech in Yuma, Arizona - came after reports that Oracle was working on an offer for some TikTok assets with a group of ByteDance's investors.

According to those reports, Oracle was seriously considering buying TikTok's businesses in the US, Canada, Australia and New Zealand with investment firms, including General Atlantic and Sequoia Capital.

Earlier this month Trump said the government should get a "substantial portion" of the sale price of TikTok's US unit if an American firm buys it. What he does not seem to understand is that such a move suggests that there never was any spy programme and this was just a way of seizing a Chinese company and splitting the cash.

Last modified on 20 August 2020
Rate this item
(2 votes)
Tagged under
More in this category: « Apple helped spooks build a spy-pod Kids unhappy with TikTok bans »
back to top