Tesla Model three knows if you hack it 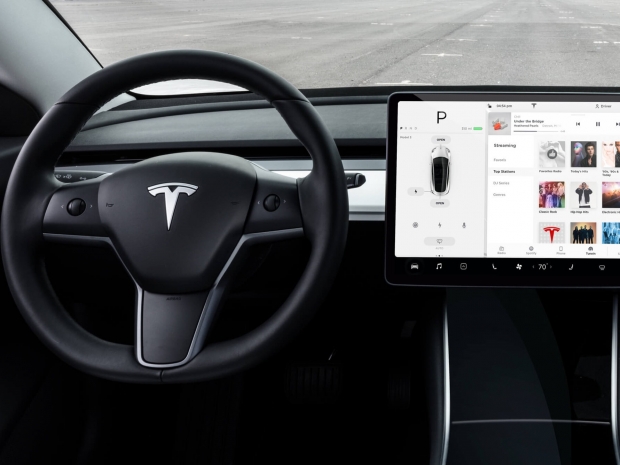 As recently highlighted by a Tesla Model 3 owner on Reddit, your connected car knows when you've hacked it, and it might be logging that data to use against you in a future warranty claim.

According to the The Drive a warning message popped up on the man's Model 3 infotainment screen after he installed the latest over-the-air OS update from Tesla a couple of weeks ago.

Prior to the update, he had also added an aftermarket module from an outfit called Ingenext that allows the dual-motor Model 3 to achieve its quickest 0-60 mph time without Tesla's requisite $2,000 "Acceleration Boost" option.

Its presence didn't trigger a warning prior to the software update, and though the car still drove normally, the owner couldn't get the display to clear. Ingenext is a Canadian company focused on activating the latent performance and comfort features baked-in to Tesla vehicles.

One particular modification developed by the company is called "Boost 50", a $1,458 upgrade which claims to shave up to a half-second off the zero to 60 MPH time when installed in a Model 3 equipped with dual motors but not the performance option.

Ingenext's founder Guillaume Andre told The Drive that he feared Tesla could use the detection of aftermarket parts to justify blocking vehicles from using the Supercharger network and make customers "a prisoner of the Tesla system".

The owner of the Model 3 that began getting the pop-ups told us that he planned to visit a Tesla Supercharger to ensure normal functionality, but has not yet reported the results of his findings.

Ingenext got to working on finding just how Tesla detected its "undetectable" mod. After some prodding, it was determined that the vehicle had used a separate communications network to detect the presence of the module and ultimately determined that a second small hardware module could be installed to combat the detection. Ingenext dubbed its fix the "Nice Try Module" and has already begun shipping it to customers.

Much like Apple fanboys the Tesla community is torn on if it is a good idea to allow modification of the car, but others think they have a right to repair things. After all, if you spend $40,000 on the things you should be allowed to do with it what you wilt.