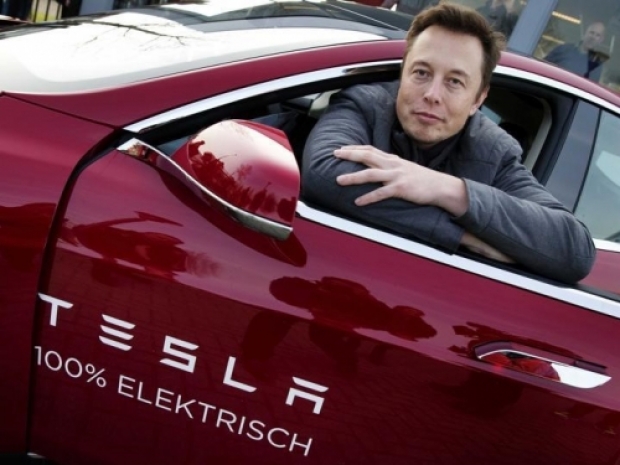 Tesla reported its fifth consecutive quarterly profit on record revenue of $8.8 billion, boosted by an uptick in vehicle deliveries and sales of environmental regulatory credits to other car makers.

The electric car maker affirmed its target to deliver half a million vehicles by the end of this year, a goal that will require it to significantly ramp up vehicle sales in the fourth quarter.

Tesla said it had the capacity installed to produce and deliver 500,000 vehicles this year, but added that achieving its goal has become more difficult.

“Achieving this target depends primarily on quarter over quarter increases in Model Y and Shanghai production”, the company said.

Asked by an analyst during a conference call whether Tesla aimed to deliver 840,000 to a million vehicles next year, based on its factories’ current maximum capacity, Chief Executive Officer Elon Musk responded the target was “in that vicinity”, while another Tesla executive said the company would provide guidance next quarter.

But Craig Irwin, an analyst with Roth Capital Partners, cautioned that Tesla’s lead could soon narrow.

“The company is still valued incredibly richly, like it’s operating in a vacuum, yet competitors are working furiously to catch up”, he said, referring to more than 400 new electric vehicle models scheduled to hit the roads by 2024.

Musk said the company would not depend on internal cell production before 2022, suggesting that Tesla will continue to rely on its external battery suppliers Panasonic, LG Chem and CATL.

He said Tesla would roll out what it calls “Full Self Driving” more widely by the end of this year. Tesla launched the feature for an undisclosed number of “expert, careful” drivers in a pilot launch.

Safety groups have slammed the term “Full Self Driving” as dangerously misleading, with the system expected to be capable of functioning only in limited-use cases.

Revenue rose to a record $8.77 billion from $6.30 billion a year earlier. Analysts had expected revenue of $8.36 billion.

Last modified on 22 October 2020
Rate this item
(3 votes)
Tagged under
More in this category: « AMD and HPE score another big supercomputer win Foxconn’s Gen 10.5 LCD factory in Wisconsin does not exist »
back to top