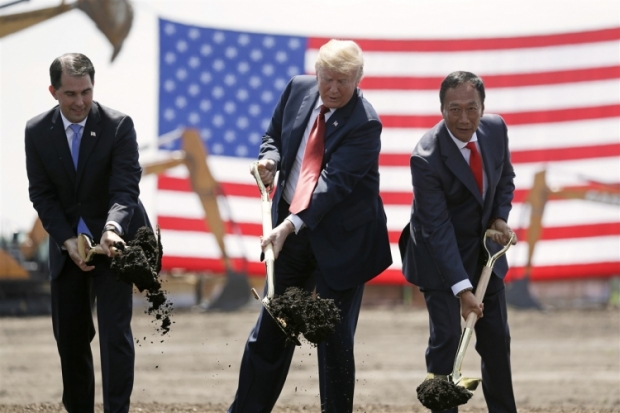 Will assemble servers for Google

Foxconn plans to assemble key components for Google servers from its plant in Wisconsin, people familiar with the matter said, finally breathing life into a factory Donald Trump hailed as crucial to bringing manufacturing back to the US.

The Taiwanese company has decided to locate production for this new contract at the existing complex rather than make the components at home or in China.

The under used factory may start mass production in the first quarter, timed with the release of Intel Ice Lake server chips, they said.

Foxconn is setting up surface-mount technology assembly lines that it will use to place semiconductors onto circuit boards, they added. A Foxconn representative confirmed it's developing data center infrastructure and high-performance computing "capabilities" in Wisconsin, but declined to name any customers.

Taiwan counts Washington as an essential diplomatic, economic and military ally amid rising tensions with Beijing. Foxconn, which operates most of its factories in central and southern China, won Google's business because it was the only contract manufacturer capable of establishing a surface-mount technology line on American soil, one of the people said. Shanghai-listed Foxconn Industrial Internet Co., its cloud business unit, will oversee the server business in Wisconsin, another person familiar with Foxconn's operations said.

Last modified on 25 November 2020
Rate this item
(2 votes)
Tagged under
More in this category: « Manchester United hacked Apple security boss arrested for bribing cops for gun permits »
back to top