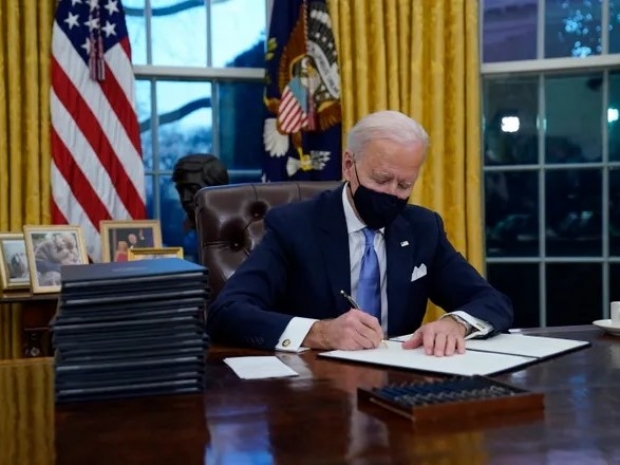 The review will be led by members of Biden's economic and national security teams, and will look at the "resiliency and capacity of the American manufacturing supply chains and defence industrial base to support national security [and] emergency preparedness.

The text of the executive order is still be finalised and the ultimate language could vary from the current draft.

The White House also plans to review gaps in domestic manufacturing and supply chains that are dominated by or run through "nations that are or are likely to become unfriendly or unstable."

Though the order does not mention China, the directive is likely in large part an effort by the administration to determine how reliant the U.S. economy and military are on a critical group of Chinese exports.

Biden said earlier this month that his White House is gearing up for "extreme competition" with China. The pending executive order is one of the administration's first tangible efforts to evaluate and shore up American business and defence interests through a thorough review of where, and from which countries, it receives key raw materials.

Some of the commodities and components listed in the order included rare earth metals, a group of minerals used in the production of a variety of advanced technologies, including computer screens, state-of-the-art weapons and electric vehicles.