China cracks down on Big Tech working people to death 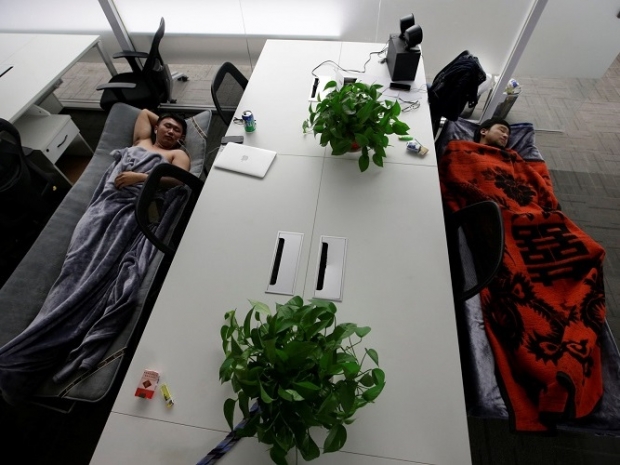 Amazing how “evil” these socialists are

The US press is furious after China's Supreme People's Court said the overtime practice of "996", working 9 am to 9 pm six days a week, was illegal.

The move is a kick in the mandarins for Big Tech companies in China which have been cheerfully operating that way to the glory of their bottom lines.

China's top court and the Ministry of Human Resources and Social Security on Thursday published guidelines and examples on what constituted as overtime work, saying they were focusing on the issue as it had attracted widespread attention recently.

While the authorities used a case involving a parcel delivery company to explain why "996" was illegal, working such hours had become a badge of honour for some Chinese companies and employees.

Silicon Valley is mixed in its views about the legal changes because it is thought that the Chinese ability to work its staff to death was giving China a competitive advantage over the US. However, US companies have been benefiting indirectly from such policies which saw improvement in their own supply chain performance.

The US press however has been emphasising a story that China is clamping down on Big Tech and that is a “terrible thing”.  But the reality seems to be that the Chinese are standing up against the same forces of darkness that the US government is happy to give in to.

The results are better for Chinese workers, and presumably consumers although not good for the companies who are forced to treat their staff like humans. Last month, TikTok owner ByteDance on Friday said that it would formally end its weekend overtime policy two weeks after its short-video rival Kuaishou announced a similar decision.

Last modified on 30 August 2021
Rate this item
(3 votes)
Tagged under
More in this category: « Brussels flexes muscles on Nvidia’s Arm deal Google pays Apple $15 billion to use its search engine »
back to top