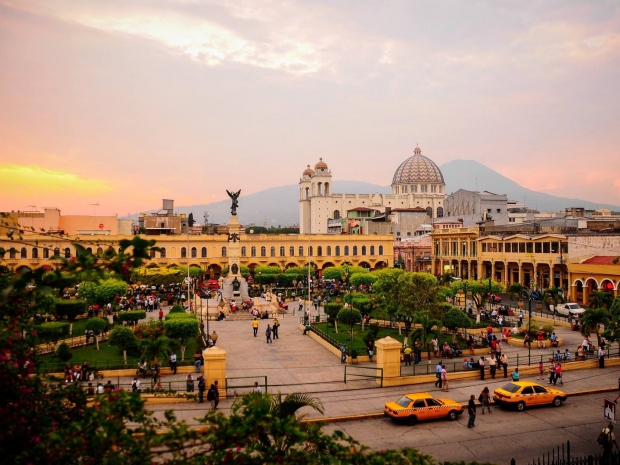 The move by El Salvador to move to Bitcoin as legal tender has been greeted with praise and brickbats across the financial markets.

Ricardo Castañeda, a local economist, said the law was adopted extremely quickly, without a technical study or a public debate.

"I don't think the president has fully understood the implications of the law, its potential to cause serious macroeconomic problems and convert the country into a haven for money laundering."

The regulatory framework for adoption has yet to be published and there are rumours of delays to the Chivo app. Bankers in the capital say they have received calls from anxious clients threatening to withdraw their deposits rather than risk exposure to the volatile cryptocurrency markets.

The ratings agency Moody's downgraded El Salvadoran debt over fears of "weakened governance" evidenced by the new law, and the IMF — with which the government is negotiating a $1 billion loan — published a blogpost highlighting the risks of adopting crypto as national currency.

"The shift from euphoria to scepticism has been very fast", said Castañeda.

A paper by Johns Hopkins University says the cost of remittances via Bitcoin will be higher than traditional methods, and a July survey found that nearly two-thirds of El Salvadorans would not be open to accepting payment in Bitcoin.

Nigel Green, chief executive and founder of deVere Group said it’s almost universally recognised that the future of money is inevitably digital, in some form or another.

“I believe this is a threshold moment in the evolution of digital currency and that it ushers in the start of a new world as we can expect more nations, especially those with developing economies, to follow El Salvador’s historic lead.”

However he admitted that there were major risks attached to the move, including that there is a possibility that El Salvador could run out of dollars and that institutions, such as the IMF, might not look favourably on a nation that has adopted Bitcoin.

These risks prompted some El Salvadorans last week to take to the streets to protest against the adoption of Bitcoin as an official currency.

However it will solve a few of the problems the country has with its dependence on the US dollar. The El Salvadoran government is stuck because it cannot print its own money and the economy cannot benefit from the U.S. Federal Reserve’s money-printing agenda. El Salvador must either borrow or earn the dollars it needs.

“A stronger U.S. dollar can have a crippling impact on emerging-market economies, such as that of El Salvador. By adopting a cryptocurrency as legal tender these countries then immediately have a currency that isn’t influenced by market conditions within their own economy, nor directly from just one other country’s economy. Bitcoin operates on a global scale and is, as such, largely impacted by wider, global economic changes," Green said.

El Salvador's adoption of Bitcoin could cut the cost of remittances, a major source of income for millions of people. The remittances would be made faster and easier too, compared to money transfer services or bank wires, so remittances are likely to further increase, he said.

“By diversifying the nation’s dollar reserves into the cryptocurrency, there could be additional opportunities to earn yield, meaning the size of the reserves would grow. El Salvador could benefit from significant foreign investment and capital inflows as digital asset organisations are likely to relocate to the Bitcoin-friendly nation.”

Still if it pays off then the change could be significant for the country, Green thought.