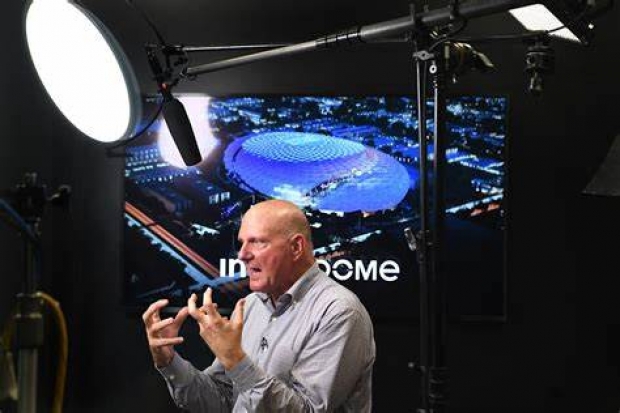 The shy and retired former Microsoft boss Steve “there’s a kind of hush” Ballmer has a new obsession – toilets.

Apparently this is not the sort of obsession common for most men past a certain age where the need to be close to a loo is paramount, but something more businessy.

Ballmer whispered in his unassuming way to the press : “I’m not ashamed to admit, I’ve become a real obsessive about toilets… Toilets, toilets, toilets.”

Ballmer’s interest in toilets apparently came about as he worked with architects on the design of the LA Clippers’ under-construction Intuit Dome, an 18,000-seat arena in Inglewood, California, that’s set to host its first game in 2024.

Ballmer happily shared the news that some sections of the Intuit Dome will have one toilet for every 27 fans, which, according to one of the facility’s architects, will make it the most bladder-friendly arena in the NBA.

“Big deal?” Ballmer asked the audience, before answering the question himself. “Well, it is a big deal when the game’s tied in the fourth quarter, there’s no question about that.”

Interestingly, Ballmer also revealed that the Intuit Dome will include Amazon Go-style concession stands that let you take what you want without having to wait in line to pay, with purchases instead automatically charged to your account. The system, which Amazon launched in 2018, uses specially designed software and numerous cameras to track customers as they make their choices.