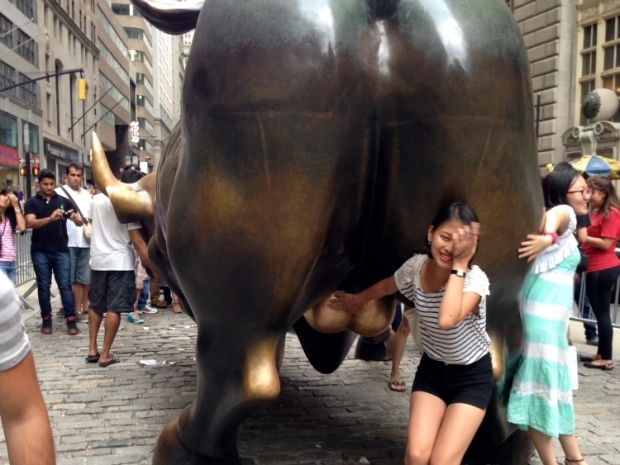 The cocaine nose jobs of Wall Street were rushing to buy Nvidia stock yesterday after its third-quarter results were announced on Wednesday.

Nvidia shares of the chip maker ended the day up 8.25 percent, after jumping more than 10 percent at the open.

The stock's performance comes after the company reported quarterly revenue jumped 50 percent year-over-year on the back of strong performances by its data centre and gaming businesses in Q3.

Nvidia's data centre arm has been a boon for the firm, helping to power its stock price up 124 percent year-over-year at the close of trading on Wednesday. And the company's earnings report only buoyed investor confidence in the business, which saw record revenue of $2.94 billion in the prior quarter, a 55 percent year-over-year increase.

Needham analysts said Nvidia could become the "first trillion dollar semiconductor company". As Bloomberg notes, $60 billion was added to the company's market capitalization on Thursday, which is near the $800 billion threshold.

"Since early October, Nvidia has added nearly $300 billion in market value, about the equivalent of the market cap of Disney, Netflix or Pfizer."

Last modified on 19 November 2021
Rate this item
(1 Vote)
Tagged under
More in this category: « Woz worried about space junk Apple’s repair policy was not done out of the “goodness of its heart” »
back to top