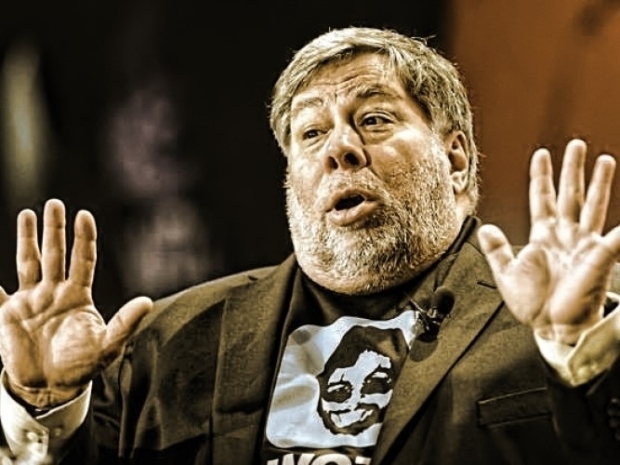 Woz and co-founder Alex Fielding want to chart the expanding space debris by incorporating a variety of data, including crowd sourced information and observations made by its own sizable satellite fleet.

Orbital debris is already tracked by a number of organisations, including the US military and private companies such as LeoLabs. Privateer wants to contribute to these efforts and help ramp them up, eventually creating the "Google Maps of space", as Fielding said. Curiously he didn’t think Apple Maps was a reliable metaphor.

Privateer plans to build and analyse a huge debris dataset that incorporates information from a variety of sources.

"We want to basically be a company that's focused on decision intelligence by aggregating massive quantities of disparate and heterogeneous information, because there's something to be gained in the numbers", said Jah, a space debris expert who's also an associate professor of aerospace engineering and engineering mechanics at the University of Texas at Austin.

Privateer will purchase some of this information, crowdsource some of it and gather still more using its own satellites, Jah said.

The first of those satellites is on track to launch this coming February, he added. This information will lead to much more than a census of space junk if all goes according to plan. The company intends also to characterise debris objects, nailing down their size, shape and spin rate, among other features.

"The catalogues of objects out there treat things like they're spheres", Jah said. "We're going to take it beyond the sphere, to what the thing more realistically looks like and is."

Such information will allow satellite operators and others in the space community to better gauge the threat posed by debris objects and improve their predictions about how long pieces of junk will stay aloft, he added. Privateer will make some of its analyses and data freely available for the public good and sell others to customers.

Last modified on 19 November 2021
Rate this item
(0 votes)
Tagged under
More in this category: « China rushes to replace foreign tech Nvidia booms on Wall Street »
back to top