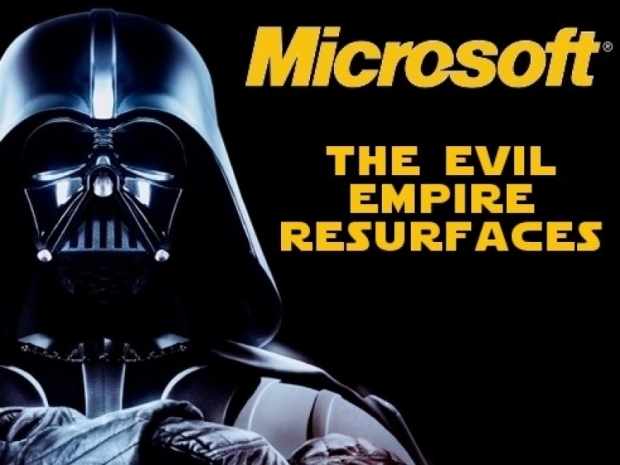 Microsoft has managed to stay out of the antitrust problems faced by Big Tech such as Apple, Google, Amazon and Facebook, but it now appears that it is going to have a little monopoly allegation all its own for its legal teams to play with.

For those with memories who have not been shot by years of alcohol, hookers and blow and computer games, Vole spent the late '90s and early '00s in antitrust trouble forcing Internet Exploder browser on its customers.

Now European open-source cloud company Nextcloud does has formally complained to the European Commission about Microsoft's anti-competitive behaviour by aggressively bundling its OneDrive cloud, Teams, and other services with Windows 10 and 11.

Nextcloud claims that by pushing consumers to sign up and hand over their data to Microsoft, the Vole is limiting consumer choice and creating an unfair barrier for other companies offering competing services.

Microsoft has grown its EU market share to 66 percent, while local providers' market share declined from 26 percent to 16 percent. Microsoft has done this not by any technical advantage or sales benefits, but by heavily favouring its own products and services, self-preferencing over other services.

Nextcloud might have a bit of difficulty making this allegation stick as self-preferencing is not illegal under EU competition laws, unless Microsoft can be seen abusing its dominant market position.

Nextcloud states that Microsoft has outright blocked other cloud service vendors by using its position as gatekeeper to extend its reach in neighbouring markets, pushing users deeper into its ecosystems. This means that more specialised EU companies can't compete on merit, as the key to success is not a good product but the ability to distort competition and block market access.

Nextcloud is asking the European Commission's Directorate-General for Competition to prevent this sort of thing and keep the market competitive and fair for all players. It has filed a request with the German antitrust authorities, the Bundeskartellamt, for an investigation against Microsoft and might file a similar complaint in France.

The cloudy outfit is not doing it all alone. It has been joined by several open-source, non-profit organizations. These include the European DIGITAL SME Alliance; the Document Foundation, LibreOffice's backing organization; and the Free Software Foundation Europe (FSFE)... Numerous businesses are also supporting Nextcloud's legal action. This includes Abilian, an open-source software publisher; DAASI, an open-source identity management company; and Mailfence.

The Tame Apple Press is making a big thin about this, because it fits the decades old narrative that Microsoft was the evil empire. However, the monopoly allegations against Jobs' Mob are a little more obvious, direct and numerous.

Last modified on 29 November 2021
Rate this item
(3 votes)
Tagged under
More in this category: « AMD jacks up the price for Radeon 6000 PCBs Raspberry Pi Trading might be listed »
back to top