Italy’s Draghi wants to give more cash to chip companies 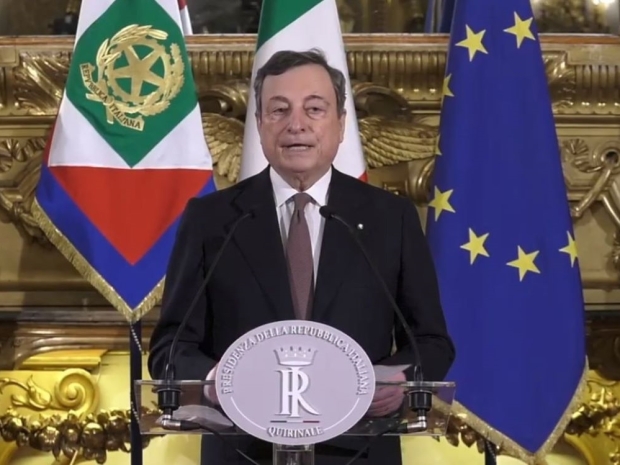 Apparently, it is a priority

Italy's Prime Minister Mario Draghi, who has insisted on depressing his economy by keeping autocratic Covid green pass rules in place while the rest of Europe liberalises, wants to give lots of cash which Italy does not have to big chip companies.

Draghi, who recently signed off on shedloads of red tape which prevent Italians going to work without tons of paperwork and booster shots, said it was a priority for European countries to increase the production of computer chips to protect key industries.

"The shortage of semiconductors - essential for many strategic industries such as transport, industrial machinery, defense - has been particularly damaging," Draghi said, speaking to parliament.

He added that it was Europe's ambition to increase its market share from 10-20 per cent of global chip production by 2030.

However, Italy is pretty broke and while having to live with Draghi’s bizarre green pass rules, the idea that they will have to give shedloads of taxpayer money to fund Intel, or TSMC is being seen as having a bizarre set of priorities.

High on most company’s list of priorities would be the removal of the huge amounts of red tape they have to circumvent to get staff through the door, not to mention the return to work of those who refused to obtain a green pass.

Economists would rather that Draghi sort out the country’s debt problem rather than trying to divert money to cash-rich big tech which actually provide few local jobs.

Last modified on 23 March 2022
Rate this item
(0 votes)
Tagged under
More in this category: « Authentication service had a digital breach Nvidia announces Grace CPU Superchip »
back to top