Cryptocurrency needs to die in a fire 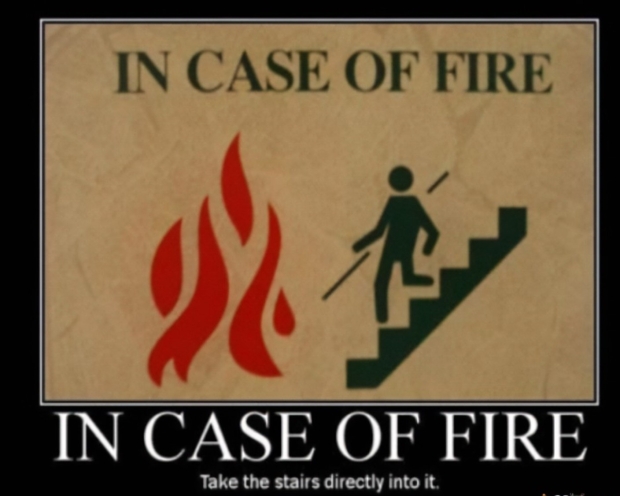 Expert claims it is useless and destructive

A senior staff researcher at the International Computer Science Institute and lecturer in the computer science department at UC Berkeley has slammed cryptocurrency is useless and destructive, and should "die in a fire."

Nicholas Weaver has been telling anyone who will listen about his Iron Law of Blockchain which he modestly names after himself. The law is: "When somebody says you can solve X with blockchain, they don't understand X, and you can ignore them."

He said that those pushing cryptocurrency for "Banking the unbanked” should have a look at M-Pesa, a payment system Vodafone started in Kenya in 2007 "about the same time as Bitcoin."

It has eaten the Third World. It's huge. Because it just basically attaches a balance to your phone account. And you can text to somebody else to transfer money that way.

“So even with the most basic dumb phone you have easy-to-use electronic money. And this has taken over multiple countries and become a huge primary payment system. Whereas cryptocurrency doesn't work."

Weaver also contends that when companies say they accept payments in Bitcoin, "They're lying" and using a service which pays them in "actual money" after performing conversions on any Bitcoin proferred-up by a customer.

Cryptocurrency is only seriously used for payments for ransomware and drug deals — the things that non-decentralised currencies are legally obligated to block, he said.

He said he had become soured on cryptocurrency due to ransomware and the fact it is doing tens to hundreds of billions of dollars' worth of damage to the global economy. And it only exists because people can pay in Bitcoin.

Weaver said cryptocurrency lets venture capitalists "carry out securities fraud as a business model" when they sell one of their startup's tokens to retail investors.

He said that it is a blatant unlicensed security and therefore securities fraud. He said that the SEC has not been proactively enforcing this. They only retroactively enforce against the initial coin offerings after they fail.... and when things fail, the only people to prosecute are the companies, not the venture capitalists.

He's also skeptical of cryptocurrency's other supposed advantages. Weaver argues cryptocurrency incentivises green power "the same way that a whole bunch of random shootings would incentivise bulletproof vests." And even as an investment vehicle, Weaver sees it as "a self-created pyramid scheme."

“You have to keep getting new suckers in. As soon as the number of suckers dries up, it collapses. And because it's not zero-sum, but a deeply negative-sum, there are actually a lot of mechanisms that can cause it to collapse suddenly to zero.

We saw this just the other day with the Terra stable coin and the Luna side token,” Weaver said.

When asked for the future of cryptocurrency, Weaver predicts "It will implode spectacularly."

“I thought it would have imploded a year ago. But, what we saw with Terra and Luna, where it collapsed suddenly due to these downward positive feedback loops — situations where basically the system is designed to collapse utterly and quickly — those will happen to the larger cryptocurrency space.”

Last modified on 23 May 2022
Rate this item
(10 votes)
Tagged under
More in this category: « AMD finally releases Ryzen 7000 Google claims its AI can understand humour »
back to top