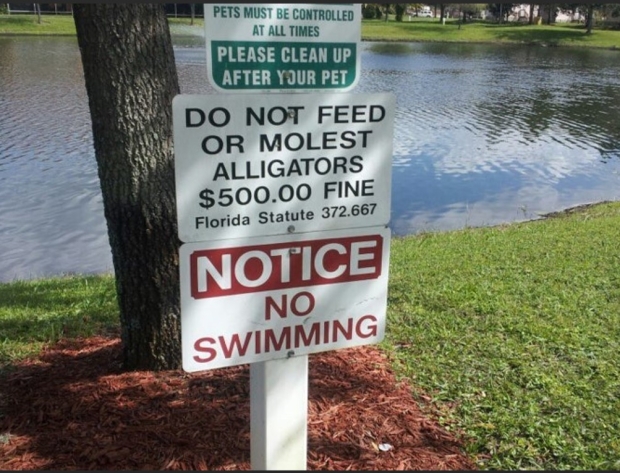 It was a Florida law so what do you expect?

A Florida law intended to punish social media platforms like Facebook and Twitter for not treating the words of right-wing politicians as if they were spoken by Jesus has been ruled unconstitutional.

GOP Gov. Ron DeSantis was apparently miffed that “conservative politicians” were not allowed to say what they like on social media and were being asked to prove their claims before opening their mouths.

A three-judge panel of the Atlanta-based 11th U.S. Circuit Court of Appeals unanimously concluded that it was overreach for DeSantis and the Republican-led Florida Legislature to tell the social media companies how to conduct their work under the Constitution's free speech guarantee.

"Put simply, with minor exceptions, the government can't tell a private person or entity what to say or how to say it," said Circuit Judge Kevin Newsom.

Newsom should have been a little bit sympathetic to the law he was an appointee of former President Donald Trump. However, it would appear that in the US, company rights are even more important than those of right-wing politicians.

Newsom wrote: "We hold that it is substantially likely that social media companies -- even the biggest ones -- are private actors whose rights the First Amendment protects."

The ruling upholds a similar decision by a Florida federal district judge on the law, which was signed by DeSantis in 2021.

It was part of an overall conservative effort to portray social media companies as communists who were and hostile to right-wing ideas.

Florida has had some bizarre laws which managed to get through. In Florida it is illegal to:

2. Live with a person of the opposite sex who is not a family member.

3. Sing in a swimsuit

4. Imitate the sound of a wild animal

5. Roll a barrel down the street.

6. Hang your clothes on a clothesline.

If you steal a horse in Florida you can still be hanged for it.

Last modified on 24 May 2022
Rate this item
(5 votes)
Tagged under
More in this category: « Windows 11 hardware monitor is buggy Qualcomm shows the new Wireless AR Smart Viewer reference design »
back to top