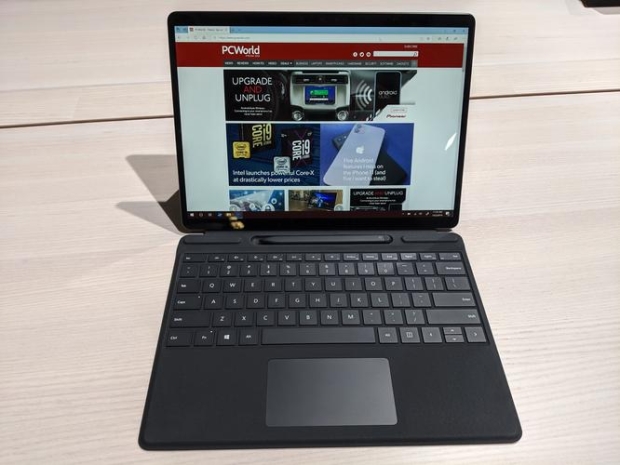 It does need to do something

Microsoft has told the world+dog that it is releasing something new on October 12 and the dark satanic rumour mill has manufactured a hell-on-earth yarn claiming that it will be something to do with Microsoft's Surface hardware lineup.

Vole is likely to update its flagship Surface Pro and the Surface Laptop which are in danger of being so out-of-date Apple is about to invent them.

Currently, there is not a single surface that's using a current-generation processor with the Surface Pro, Surface Go 3, Surface Laptop, and Surface Laptop Studio are all using one- or two-generation-old CPUs. Vole's Surface Studio 2 all-in-one is so ancient that Microsoft had to change Windows 11's system requirements to include it, something which is embarrassing.

Sadly Vole will not follow up the AMD Ryzen version of the Surface Laptop 4, which wowed us with its performance and battery life fair more than anything Intel came up with.

Last modified on 23 September 2022
Rate this item
(0 votes)
Tagged under
More in this category: « Microsoft wants to avoid fact-checking news 250 micrometre bots trained to work autonomously »
back to top