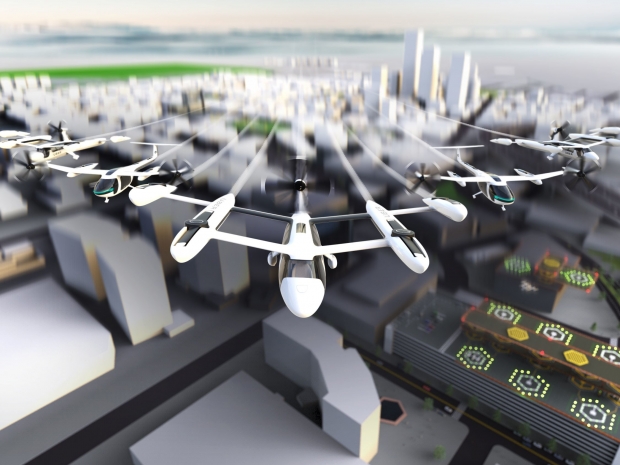 At its second annual Elevate conference in Los Angeles, the company revealed its latest electric flying car concept, which it hopes will lead to a full-blown aerial taxi service by 2023.

Instead of needing a long runway to manage takeoff and landing, they’ll take off and land vertically. This is achieved by stacking the propellers instead of placing them side by side, which Uber also claims makes for a quieter landing. Those propellers are positioned on wings that are located far above the passenger bay, so riders don’t have to duck the blades when they get in and out.

“Uber plans to operate a network of small, electric, aircraft in numerous cities worldwide to enable four-person ridesharing flights in densely populated urban markets”, the company said in a statement.

Initially, Uber says, the electric aerial taxis will be piloted, but the goal is to make them autonomous, mirroring its plan for self-driving cars.

All these details are subject to change, but it seems Uber is fully committed to making these flying cars a reality. The company signed a “space act agreement” with NASA last fall to whip up ideas for a new “unmanned traffic management” system to safely oversee and manage these vehicles, which are supposed to be able to land in more places around a city than just airports.

Uber isn’t the only company with flying taxi dreams. Boeing and Airbus have air taxi projects, and Larry Page, co-founder of Google, backs a company called Kitty Hawk, which shared a video of its flying taxi concept last year—though it looks more like a flying Jet Ski.

It all looks good, but I am not so confident I will think that when I am 2,000 feet above Rome's traffic.

More in this category: « Xilinx has majority of LiDAR market Volvo to get Intel-based infotainment with Android P OS »
back to top