Volvo to get Intel-based infotainment with Android P OS 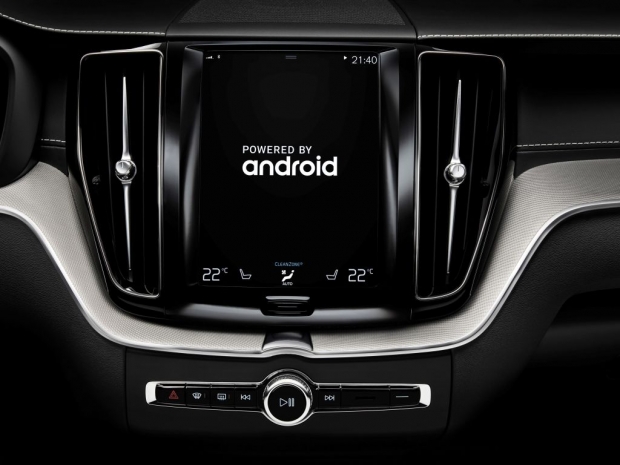 At the Google I/O conference, Volvo has teamed up with Intel and Google to show its latest infotainment system based on Intel's Atom automotive SoC and running on the latest Android P OS.

The system was demonstrated in Google's prototype Volvo XC40 car and promises all the features that come with Android P OS including some advanced features like voice recognition via Google Assistant, access to all Android apps via Google Play Store and the use of Google Maps in the in-vehicle infotainment (IVI) systems.

Intel was quite keen to note that the market for in-vehicle infotainment (IVI) is projected to grow to US $33.8 billion by 2022 and by tapping the familiar Android system, Volvo gives its users a familiar operating system with plenty of features.

"At Intel we are committed to building Android as a turn-key automotive OS that helps automakers deliver the latest in-car infotainment for consumers. Our collaborative efforts with Google and Volvo mean automakers will have optimum compute power with hardened security for the latest Android OS to enable new and exciting in-vehicle experiences”, said Imad Sousou, corporate vice president and general manager at the Open Source Technology Center for Intel Corporation.

In case you missed it, Google has extended its Android OS to the IVI market back in 2015 and it lets car makers and developers to get an easily customizable and updatable system that can be further scaled, as well as offering great support and a bunch of good features.

Unfortunately, Intel did not provide any details on which Intel Atom Automotive SoC is used in the Volvo prototype, as it could be either the currently available Apollo Lake Intel Atom E3900 series or some future Atom SoC. 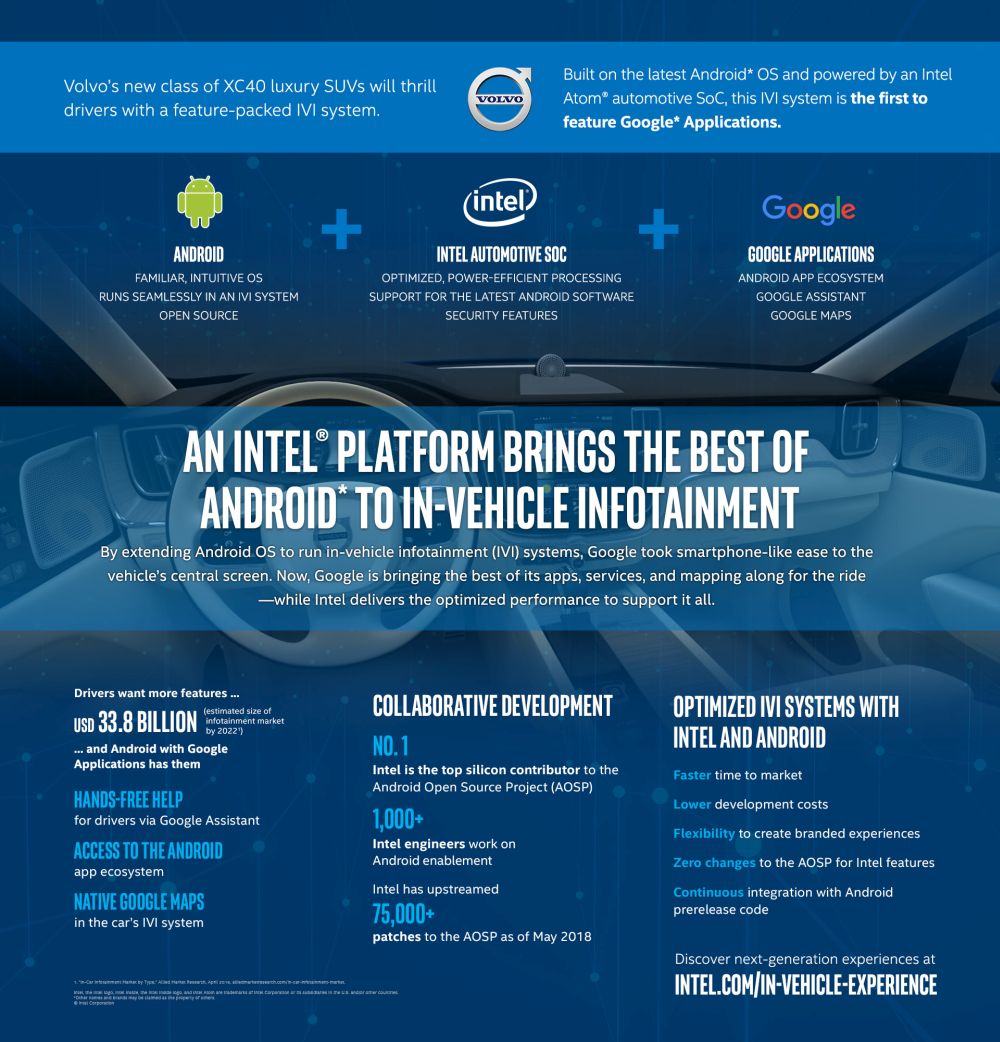 Last modified on 09 May 2018
Rate this item
(0 votes)
Tagged under
More in this category: « Uber talks about flying taxis Tesla's model 3 boss goes on holiday »
back to top