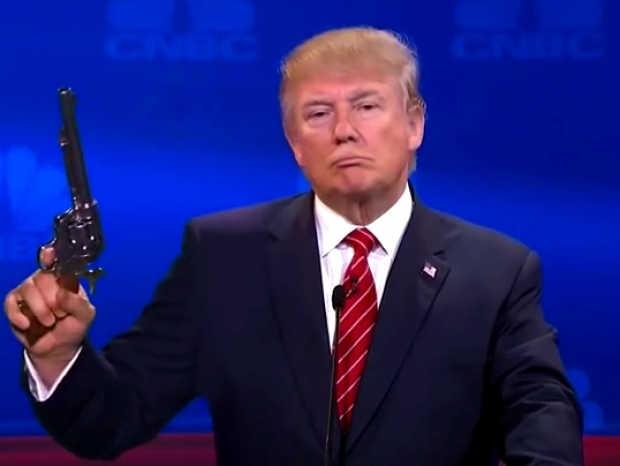 America must continue polluting the world

Donald [Prince of Orange] Trump is hoping to derail the move away from polluting petrol cars by removing subsidies on eco-friendly electric cars.

President Trump’s top economic adviser on Monday said the White House wants to end subsidies for electric vehicle purchases, without saying how it would eliminate the incentives that were created by Congress.

Larry Kudlow, director of the White House National Economic Council, told reporters that electric car subsidies “will all end in the near future”, adding 2020 or 2021 when asked for a timeline.

Kudlow didn’t provide details on what the White House would to do eliminate or change the electric car tax credits, which would require an act of Congress.

At the moment consumers who buy plug-in electric cars are eligible for a $7,500 federal tax credit, which begins to phase out after for each manufacturer after selling 200,000 eligible vehicles.

“We want to end, we will end those subsidies and others of the Obama administration”, Kudlow said.

All this is being a punishment for GM, the largest US automaker, last week after the company announced plans to cut as many as 15,000 jobs and cancel production at five plants in North America.

The move embarrassed Trump as it undermined his claim that he had sorted out the American economy for his working class base.

If the current incentive were left unchanged, GM buyers in 2020 could be left with no credit at the current pace of sales.

Lawmakers have sought to extend the credit by raising the 200,000-vehicle cap but legislation unveiled by House Republicans didn’t include an extension of the electric vehicle tax credit sought by a coalition that includes GM and Tesla.

Last modified on 04 December 2018
Rate this item
(0 votes)
Tagged under
More in this category: « Nvidia signs deal with Chinese electric vehicle startups Electric planes are ready to fly »
back to top