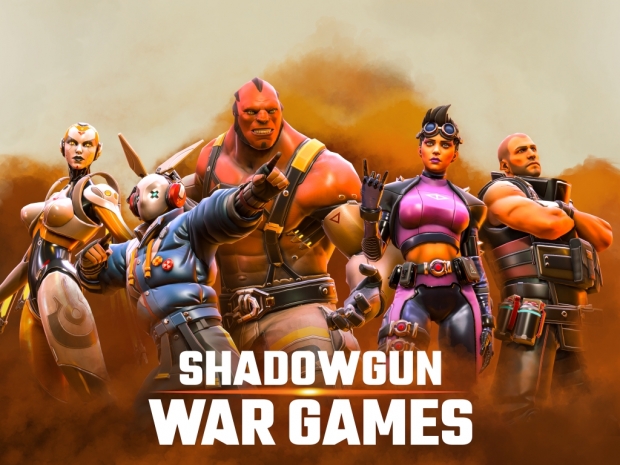 Although we are no fans of mobile games, we just could not pass an opportunity to check out MADFINGER Games' upcoming PVP shooter called Shadowgun War Games, and even in closed beta, the game looks impressive and feels good.

As said, we are not big fans of mobile games as, so far, we did not find a good game that could keep us pinned to our smartphone screen, that is, if you don't count occasional Candy Crush addiction when I have time to waste, mostly due to the fact that PC games and console games are much more detailed and complex.

Gaming is getting serious on smartphones

Smartphone and mobile chip makers have been pushing the envelope and now you have smartphones that can take pretty good pictures, as well as gaming-oriented smartphones with 120Hz screens, controller accessories and more, so mobile gaming has become a rather big thing.

According to a Qualcomm report, gaming market revenue amounts to $68.5 billion, surpassing both movie box office and digital music revenue. The mobile eSports market is expected to reach 518 million viewers this year, which is more than some professional sports leagues.

The same report suggests that mobile gaming is a big market to tap, with gaming accounting for 43 percent of all smartphone use and 74 percent of all app store spending.

With this in mind, it comes as no surprise that smartphone makers are focusing on that market, and game developers are pushing to bring higher quality mobile games. Even Qualcomm has recently launched gaming-oriented mobile chips, with the flagship Snapdragon 865 or the Snapdragon 765G, Snapdragon 730G, and the Snapdragon 720G, all with a certain level of Snapdragon Elite Gaming features.

MADFINGER Games is not a new player on the market, as we already tried its previous Shadowgun Legends game, as well as earlier Dead Trigger 2 and Unkilled. While Shadowgun Legends is great, the new Shadowgun War Games takes it to a whole new level and taps into lucrative PvP shooter market.

The game will have two modes, at least when it officially launches, Capture the Flag and Team Deathmatch, and we got to try both of them in closed beta. You also get to choose between five different heroes, Slade, Jet, Sara, Willow, or Revenant, each one with unique skills and different types of gameplay, depending on whether you like to play as a tank, support, or sniper.

At launch, there will be two maps, Space Paradise and Neon City, and although both look impressive and suit the two modes, we would prefer to see some more open maps, something taken from the Quake III Arena days.

This all sounds pretty familiar as the Shadowgun War Games feels like Blizzard's Overwatch, which is not a bad thing as it would be crazy to reinvent the wheel.

Graphics-wise, the game looks quite impressive. Of course, PC games are still the best in our book, but Shadowgun War Games is light years ahead of some other mobile games. Although we did not have a chance to try it out, MADFINGER Games says the game can run at up to 120 FPS on devices that have a 120Hz screen, so it should look even smoother.

Playing an FPS without a keyboard and a mouse is quite a pain in our book, but we must say that we were pleasantly surprised by Shadowngun War Games, as the controls are not only intuitive but also there is some customization, from different attack modes to sensitivity levels. Of course, we guess it would be better on some mobile controller accessory, but for on-screen controls, MADFINGER Games did a great job.

Even in this beta phase, the game looks and feels great, and sets a pretty high bar for our future mobile games choice. It is a fast-paced action PvP shooter and it works like a charm.

According to MADFINGER Games, Shadowgun War Games has been tested on a wide variety of mobile devices and you'll need at least a quad-core CPU with more than 1GB of RAM for Android (v4.2 or later), and iPhone 6s with 2GB of RAM on iOS (iOS 10 or later).

Shadowgun War Games will officially launch on Google Play Store and Apple's App Store on February 12th, and we are certainly looking forward to it, especially when more maps and features are added to the game.

“I’m pleased to announce that Shadowgun War Games is almost here,” said Marek Rabas, CEO of MADFINGER Games. “Feedback for Closed Beta has been excellent and we’re now making the final tweaks. The hype is real and we believe War Games will become one of the top games of 2020.”

Last modified on 31 January 2020
Rate this item
(2 votes)
Tagged under
More in this category: « Here's proof you do not own cloud games Electronic Arts forcasts lower than expected revenue »
back to top