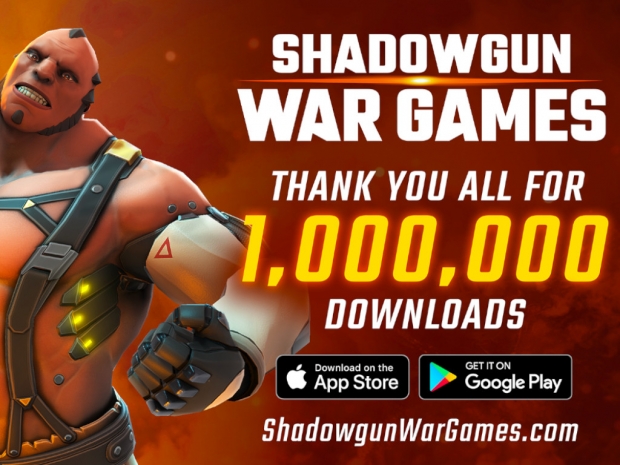 Just two weeks after the launch

In case you missed it, Shadowgun War Games is a free-to-play multiplayer 5v5 tactical FPS, similar to popular games like Blizzard's Overwatch, and it is available on Android OS and iOS devices.

We had a chance to try it out during its beta phase, and we were pleasantly surprised, especially since we mostly stick to PC and console gaming. It has impressive graphics with 120fps support, two gameplay modes, two maps, five different heroes for a unique type of gameplay, and surprisingly good controls for a mobile FPS game.

Shadowgun War Games was launched on February 12th, and the fact that it has managed to reach 1 million downloads milestone speaks for itself.

“We’re delighted that Shadowgun War Games has made such an instant impact,” said Marek Rabas, CEO of MADFINGER Games. “One million downloads is an outstanding result for us in such a short timespan. We’ve got plenty of exciting content coming up for players, so we expect that the figure will grow substantially over the foreseeable future.”

You can download the game directly from the Apple App Store and Google Play Store.

Last modified on 28 February 2020
Rate this item
(0 votes)
Tagged under
More in this category: « Cyberpunk 2077 for Xbox Series X upgrade will be free Developers moan that Google is not supporting Stadia »
back to top