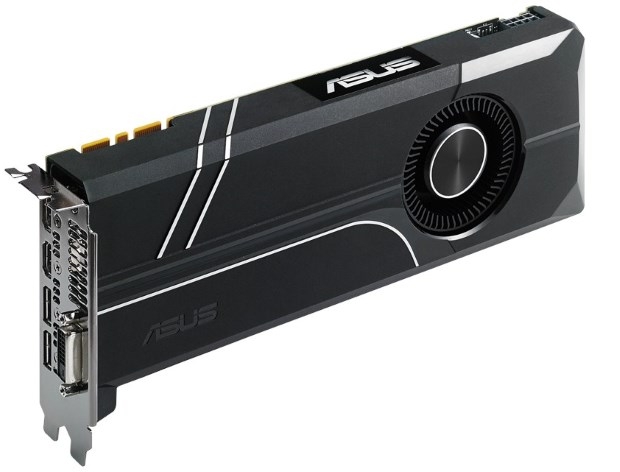 But will not say how budget friendly

The whole press release thing is getting rather silly. ASUS is announcing a non-reference GTX 1080 Turbo card which it says will be cheaper than GTX 1080 Founders Edition but is refusing to say how much cheaper.


For those who came in late, you can pick up a GTX 1080 Founders Edition for $699 after having a huge row with your partner about wasting your cash on pointless technology when there are more important things to buy and holidays to consider.

Asus said that the GTX 1080 Turbo offers a core clock of 1607MHz, boost clock of 1733MHz, and 8GB of GDDR5X memory at 10GHz. It appears to save its money by having a cheaper plastic shroud in black and silver. It has two DisplayPort 1.4 and two HDMI 2.0b ports along with a DVI port.

However that is all we know! For some reason Asus thinks that it can announce a cheaper version of a card without telling anyone the price. Call us strange, but the first thing we thought when Asus said it was releasing a cheaper card was “how much cheaper?”

The phrase “no word on price yet” is getting really clichéd in the IT industry. It is about time that someone fired PR/marketing staff who think there is any value in keeping key information like this out of the launch material.

Guru3D thinks it will be $599 or a $100 cheaper. Others have just avoided mentioning the problem with pricing by forgetting to put in the story.

Rate this item
(12 votes)
Tagged under
More in this category: « Prices come down on Nvidia GPUs AMD Ellesmere PCB pictured in details »
back to top