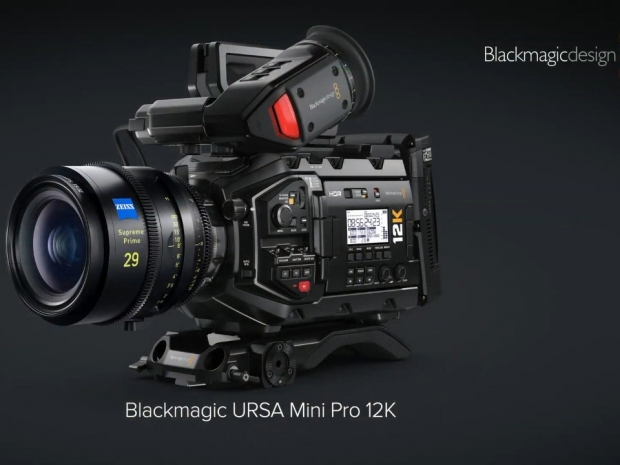 While the world is dragging its collective feet moving to 8k tellies, Blackmagic Design has built a 12k camera.

The camera does have some use, although not for people wanting to make a blog about how to fry eggs. It allows filmmakers to capture the smoothest possible footage at resolutions people are consuming their content in currently. Oversampling footage gives filmmakers more flexibility when it comes time for post-production, and the Ursa Mini Pro 12K can capture 8K and 4K footage without cropping.

The camera comes with an interchangeable lens mount and dual UHS-II SD slots and encodes footage using Blackmagic own RAW codec, which the company claims will enable you to edit any 12K footage using a laptop.

With a $9,995 price tag, the Ursa Mini Pro 12K is pricey but when compared to cinema cameras from the likes of Red and Canon, some of which can cost thousands more, it is damn fine value.

Last modified on 17 July 2020
Rate this item
(0 votes)
Tagged under
More in this category: « Apple will develop its discrete GPU Nvidia releases Hotfix driver 451.85 »
back to top