Google does not innovate any more 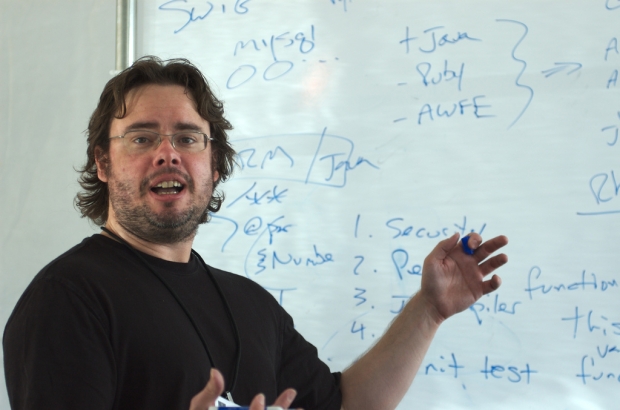 A Google engineer who gained popularity after his rant on Google+ went viral has  announced he has left Google, because the outfit does not innovate any more.

Steve Yegge said Goolge had lost any ability to innovate because it was too conservative, and focused on protecting what they've got. Google managers fear risk-taking and real innovation. Gatekeeping and risk aversion have become the norm rather the exception.

The company has become mired in internal politics, which is sort of inevitable with a large enough organisation and the only real alternative is a dictatorship, which has its own downsides, he said.

Yegge said Google was arrogant. "It has taken me years to understand that a company full of humble individuals can still be an arrogant company."

Google has the arrogance of the "we", not the "I".

"Worst of all, Google has become 100 percent  competitor-focused rather than customer focused. They've made a weak attempt to pivot from this, with their new internal slogan 'Focus on the user and all else will follow'. But unfortunately it's just lip service."

He pointed out that Google's entire portfolio of launches over the past decade, and trace nearly all of them to copying a competitor: Google+ (Facebook), Google Cloud (AWS), Google Home (Amazon Echo), Allo (WhatsApp), Android Instant Apps (Facebook, WeChat), Google Assistant (Apple/Siri), and on and on and on.

"They are stuck in me-too mode and have been for years. They simply don't have innovation in their DNA any more. And it's because their eyes are fixed on their competitors, not their customers", Yegge said.

Yegge is not a low profile developer. He has a high internet profile though his his "Stevey's Drunken Blog Rants" site, followed by "Stevey's Blog Rants. He now works for Grab.