Boffins turn all stolen phones into a Samsung Note 7 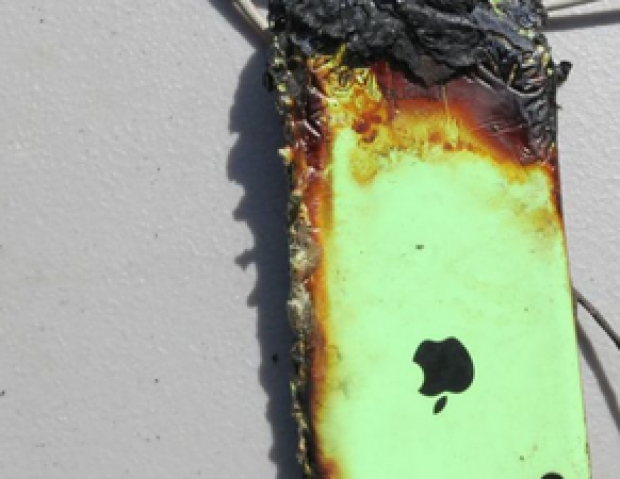 Still better than an iPhone

A self destruct mechanism was built by researchers working at the King Abdullah University of Science and Technology (KAUST) in Saudi Arabia where caring about physically harming a thief is less of an issue.

It is designed to provide an extra layer of defence against thieves who resell the devices or access the device's sensitive data.

Muhammad Mustafa Hussain, an electrical engineer who helped to develop the technology, told IEEE Spectrum that the technology works quickly, and it can be installed on most modern devices including laptops.

The self destruct mechanism consists of an expandable polymer, which crumples the device's chips within a few seconds. When the mechanism is remotely triggered, heater electrodes that draw power from the device's battery activates the polymer, which rapidly expands to seven-times its original size when heated to 80°C (176°F).

The expanding polymer can destroy a silicon chip up to 90 micrometers thick, or just less than 0.1mm.

The researchers say that many different triggers are possible, such as a GPS switch that could activate the self-destruct mechanism if a device is taken outside of a building, for example.

Another example would be a password enabled app that could also remotely activate the trigger, the researchers say.

Each self-destruct mechanism could cost as little as $15 and can be retrofitted, says Hussain.

Last modified on 06 March 2017
Rate this item
(0 votes)
Tagged under
More in this category: « Meizu mCharge will charge battery in 20 minutes iPhone's emergency glitch still not fixed »
back to top