Wall Street wants Apple to do something about its cash pile 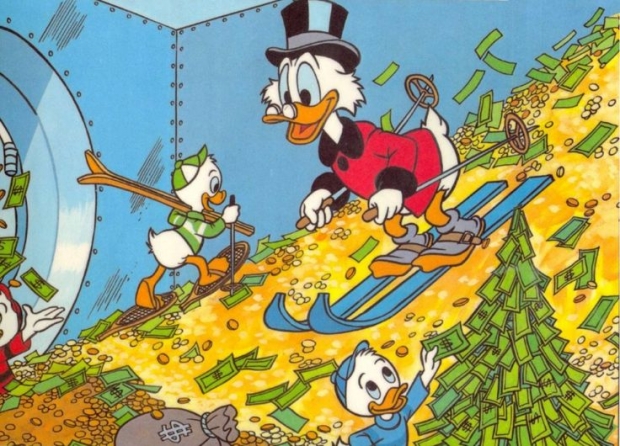 As iPhone and iCloud stalls

The cocaine nose jobs of Wall Street are starting to get a bit miffed that Apple has not come up with any new products and its existing iPhone and iCloud products are stalling.

According to Reuters, Wall Street wants Apple to do something with that multi-hundred billion cash stockpile.    Chief Executive Tim Cook and other executives have targeted services as a path to growth as the iPhone sales have slumped.

Analysts such as Bernstein’s Toni Sacconaghi estimate as few as 51 million handsets were sold in the fiscal second quarter, versus Wall Street expectations of 54 million phones, versus 50.7 million in the year-ago. Overall, Wall Street has lowered its expectations for iPhone revenue from $39.7 billion on April 17 to $39.2 billion, according to an average of estimates from 17 analysts by Thomson Reuters.

Sacconaghi expects the iPhone business to dominate discussions of the results, but some investors think a better question is whether Apple can deliver on its plan to ramp up services revenue from Apple Music, iCloud and the App Store. However, Apple, while talking big on services, has failed to deliver.

Some Apple investors want the fruity cargo cult to use some of its cash to boost share repurchases and reinvest some in the services business. In February, Apple said that segment grew 18 percent to $8.4 billion, missing analyst expectations of $8.6 billion and down slightly from $8.5 billion the quarter before. Wall Street expects $8.4 billion in services revenue this quarter.

Others believe it should be producing financial services. Apple could use the cash to bolster its Apple Pay product by buying a company like American Expressor making other investments to make consistent revenue off transactions.

But all that would require Apple to knife the one thing that has kept it growing since the beginning  – its loyal and technologically ignorant fan base.  It would also require them to move into technology areas where it has no experience using bought in skills.

What we think is more likely is that Apple will increase its dividend to keep the shareholders quiet while it works out what to do next.

Apple is expected to announce its results today so we will find out,

Last modified on 01 May 2018
Rate this item
(0 votes)
Tagged under
More in this category: « T-Mobile US and Sprint to merge Qualcomm adjusts its licensing model »
back to top