US threatens UK about Huawei 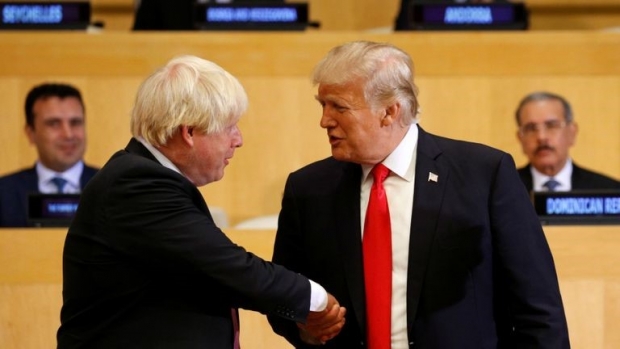 Opinion: You will starve without our chlorinated chicken

Now that the UK is moving away from the EU, it seems that the US feels it is able to threaten the country to do what it is told.

The US is in the middle of a trade war with China, which it appears to be losing, and needs to bring down the huge Chinese telco manufacturer Huawei. The claim is that Huawei is a security risk, but the US has been short on actually providing evidence.

Instead, it has expected its allies to do what they are told, something that the EU has been remarkably reluctant to do. The UK had been also reluctant to follow suit, mostly because its spooks are well aware of the risk Huawei has because they have been working with them for years.

Now, without the support of the EU, the UK is being told to do what it is told and join in Trump’s pointless trade war.

“They are just going to steal wholesale state secrets, whether they are the UK’s nuclear secrets or secrets from MI6 or MI5. It is shocking to us that folks in the UK would look at Huawei as some sort of a commercial decision. 5G is a national security decision”, he added.

But the “warning” must be seen in context, the US has made these claims before and the UK has answered them. A US government official implying that MI6 or MI5 do not know what they are doing is a bit daft given that huge amounts of US intelligence come from the Brits. While ignorance is fashionable in the White House, O’Brien is not an idiot and knows how it works.

It must be seen in the context of a threat. Using cheaper Huawei gear is going to be impossible if the UK wants to get its trade deal past the US.

But the British are in a position of weakness. Trade negotiations seem to show that the US is insisting that the country adopt its weakened food hygiene standards or effectively starve. It seems that Huawei will be just one of the many things that Boris Johnson will have to give up.

Last modified on 24 December 2019
Rate this item
(6 votes)
Tagged under
More in this category: « Deutsche Telekom wanted Huawei as its main 5G supplier Huawei allowed into India 5G trials »
back to top