ISPs try to screw users out of Squid Game cash 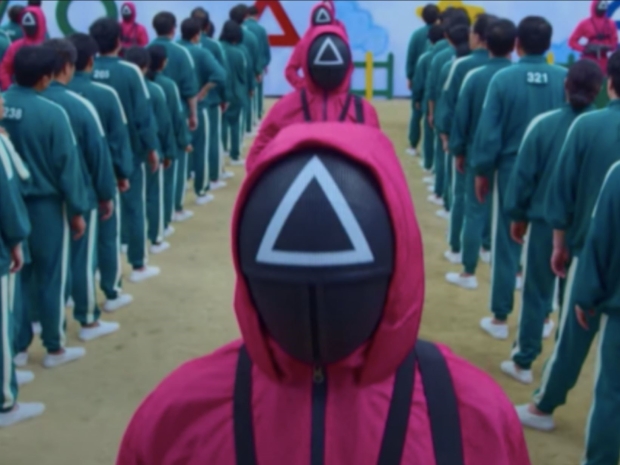 ISPs from around the world are demanding more cash from Netflix claiming that their networks have been suffering from pressure due to the Squid Game programme's success.

However apparently this is all an evil capitalist plot from cash rich telcos trying to screw more money from subscribers.  This is not the plot of Squid Game, but pretty much what has been happening with telcos for years now.

The popular South Korean thriller, a not so thinly-veiled critique of late-stage capitalism, tracks a group of indebted people who compete in deadly children's games for cash. According to Netflix, Squid Game is the most popular show in company history, the number one program in 94 countries, and has been watched by 142 million households. ISPs around the world also claim the show's popularity is driving a massive surge in bandwidth consumption, and they want their cut.

In South Korea, internet service provider SK Broadband sued Netflix earlier this month, claiming that between May and September the ISP's network traffic jumped 24 times to 1.2 trillion bits of data processed every second.

This surge is Netflix's fault, the ISP insists, and Netflix should be held financially responsible. In the UK, British Telecom executives have been making similar complaints, insisting that Netflix should be forced to help pay for the surge in network traffic caused by the show.

However, as has been pointed out by broadband experts that's not how networks actually work.

John Bergmayer, telecom expert at consumer group Public Knowledge told Motherboard: "It makes no sense for ISPs to cry victim because they provide a popular service and are expected to provide it. People subscribe to broadband to do things like stream video, and its broadband customers who are requesting all these Squid Game streams. They are not somehow imposed on ISPs by Netflix."

We heard these arguments before when the US tried to stamp out net neutrality to keep its telco monopolies bringing in stonking profits.

Last modified on 25 October 2021
Rate this item
(0 votes)
Tagged under
More in this category: « Ericsson flung out of China Amazon plans to deliver prototype broadband satellites »
back to top