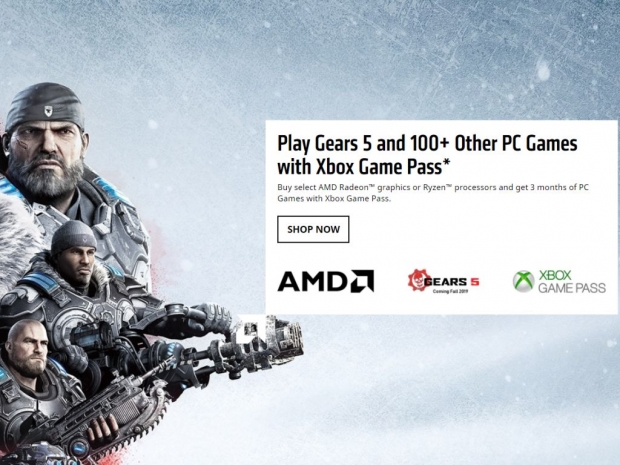 AMD has announced its latest bundle which includes three months of Xbox Game Pass for PC with purchase of some upcoming Radeon and Ryzen products as well as existing ones from select retailers/e-tailers and select regions.

So far the list on AMD official bundle page includes only existing Radeon and Ryzen products, ranging from RX 560 to Radeon VII on the GPU side, and from Ryzen 5 2400G(GE) to Ryzen 7 2700X on the CPU side. Needless to say, tge bundle will also include upcoming Radeon RX 5700 series graphics cards as well as AMD Ryzen 3000 series CPUs, once these officially launch on July 7th.

Bear in mind that, according to terms and conditions, the campaign period lasts from July 1st, 2019 to March 10, 2020, and for eligible products bought from participating retailers/e-tailers.

Xbox Game Pass for PC made a lot of noise with Gears 5 as its exclusive for September 10th, as well as more than 100 game titles which include Gears of War 4, Metro Exodus, Forza Horizon 4 and other big titles.

You can check out AMD's official Xbox Game Pass for PC bundle page for more details.

Last modified on 04 July 2019
Rate this item
(0 votes)
Tagged under
More in this category: « MacBook Air logic boards are borked Apple kills butterfly with scissors »
back to top