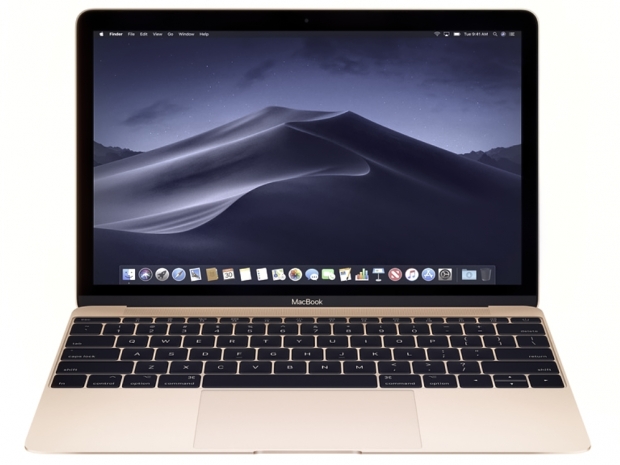 Apple had not updated the 12-inch MacBook since June 2017. While Apple fanboys tend to prop-up out-of-date technology longer than those with hardware knowledge, but you had to be really daft to buy a 12 inch MacBook.

The MacBook Air was redesigned last year with many of the same features as the 12-inch MacBook and was $100 less.

The MacBook Air favours portability, as it has a smaller screen size and is nearly three quarters of a pound lighter.

The 12-inch MacBook first launched in April 2015 and started at $1,299 prior to being discontinued.

Getting rid of the MacBook means that the lineup is a little more straightforward. You have the lower-end MacBook Air starting at a silly $1,099, the overpriced mid-range 13-inchMacBook Pro starting at $1,299, and the high-end 15-inch MacBook Pro for users with far more money than sense starting at $2,399.

Last modified on 10 July 2019
Rate this item
(0 votes)
Tagged under
More in this category: « Apple kills butterfly with scissors Xiaomi buys stake in chipmaker »
back to top