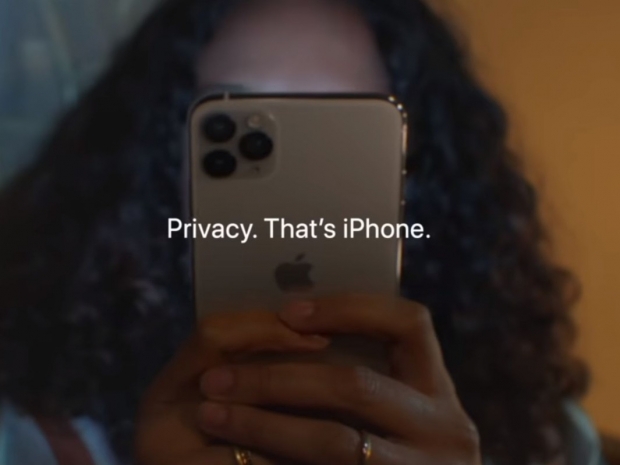 A shocking development occurred as it seems that Apple has hacked Gerard Williams’ phone, and read his iMessages. Gerard Williams’ is an ex-star CPU designed that left Apple and now works as the CEO of Nuvia.  All this to prove that Gerard was daydreaming on his job at Apple and had an idea to launch Nuvia while still at Apple.

Reading employees or ex-employees' messages is a global scandal. It looks like Apple just unanimously proved that it can read any user data, ever sent via iMessages.

Earlier this year, Apple has started to throw a punch on Google Android addressing user data, privacy concerns. Apple insists that all the private data on the iPhone should belong to you. According to the latest findings, this does not apply to Apple employee and if Apple can read the iMessages for employees, it can read your messages too.

The latest addition is an ad from October 25, where the company claims that all your data belongs to you. While Google is most likely using most of your data to monetize it for its benefit, Apple apparently can read anything that helps Apple cause.

Nick already did an overall story on the lawsuit that Apple filed, but in short, Apple is suing Gerard for daydreaming on his job about his next job. According to Apple, it is not allowed to dream unless it is benefiting Apple. Also, if you come up with an idea of working at Apple, the company claims that the future project belongs to them. It is not clear what happens if you get an idea after office hours or on weekends, but it does sound absurd to limit the people's creativity and thinking. Apple is doing 1980 again.

California has some of the US's most liberal employment laws for people to move around and Apple is accusing Williams of planning his future job while he worked for Apple. What that means is that Apple is trying to sue Williams for what he was thinking about the future.

High profile people move around from companies to company, just think about one big one Raja Koduri went from AMD to Intel, Jim Keller went from Apple to AMD to Tesla and most recently to Intel, Murthy went from Qualcomm to Intel, George Davis CFO of Qualcomm went to Intel and so on. The list is long, and the key part is that no one sued anyone.

The scariest part is that Apple hacked Gerard's phone to search his messages to see what they could find out. Apple clearly can check up iMessage of its employees. Ironically the big boss, Tim Cook, said privacy is a human right. If this is the case, it sure seems like Apple doesn't consider its employees as humans.

Apple has been known as a home for many of the silicon industry's most talented engineers. Whether you like them of not, they make some of the best silicon in the world and charge you arm and leg for it.

Over the last decade, Johny Srouji has consolidated power to become the big cheese of Apple hardware engineering, pushing aside other executives. He has a reputation of being ruthless with suppliers and not taking kindly to senior engineers looking to fly the coop and leave the company.

On the surface, it looks like this suit is the Silicon Valley equivalent of the Empire Strikes back with Srouji looking to punish Williams for leaving and persuade none of his other leaders ever to leave Apple. Apple wants to prevent losing another key silicon engineers as everyone is on the hiring spree these days.

In the end, the courts will decide but this story will be interesting to watch, and we can't wait for all of the juicy tidbits in the NUVIA response.