As can be expected, the compatibily list has greatly improved and now covers pretty much any nVidia GeForce Card up to GTX 470 as well as Radeon HDs up to 6870. Because the cooler went on sale in Japan before the HD 68xx cards where launched, you won't find any mention of these cards of them on the package or installation sheets. This cooler would also cool the GTX 480/580 cards, but because the VRM regulators are on the left side of the card you need additonal cooling to keep the cards from damage. The package contains lots of additonal parts. To save money Scythe did not include PCIe 6pin power extender nor a second PCIe 8pin power extender which would protect the cooler if you need to swap your card more often. Due to the size of the cooler it's quite hard to remove the power-connectors. 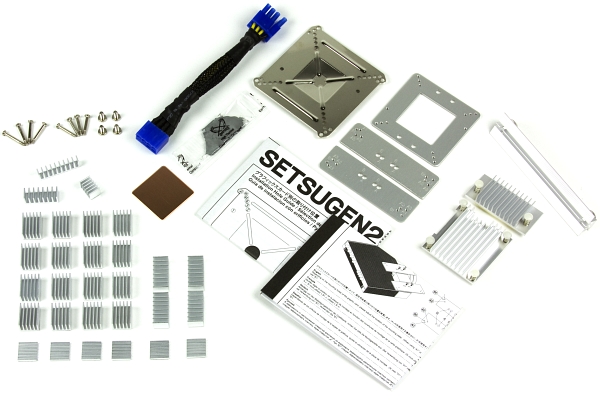 You will notice the shape of the cooler is more quadratic and the four heatpipes go twice through the aluminium fins to optimize heat-disappation. It measures 176x139x33mm which will make any graphics-card into a two slot design. The overhanging portion of the cooler will hinder its use in Mini-Tower cases. As usual, the workmanship is excellent. 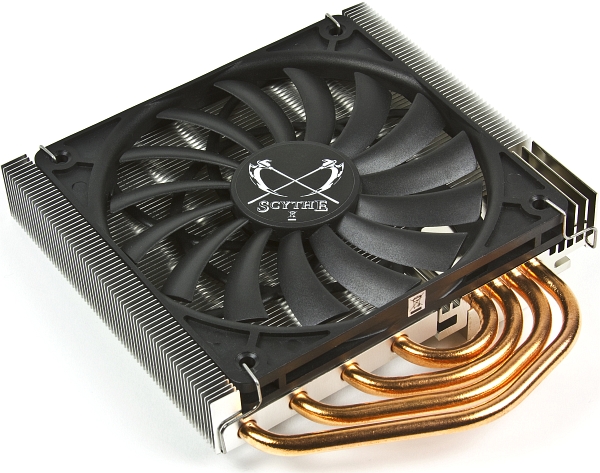 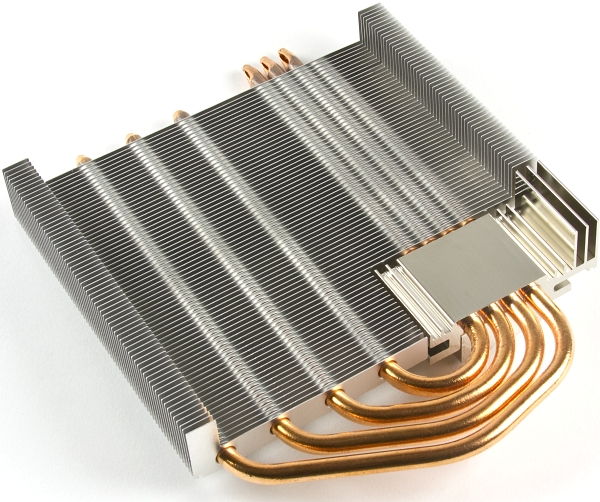 As expected from Scythe, the workmanship is excellent, but nickel-plated heatpipes would not have hurt. 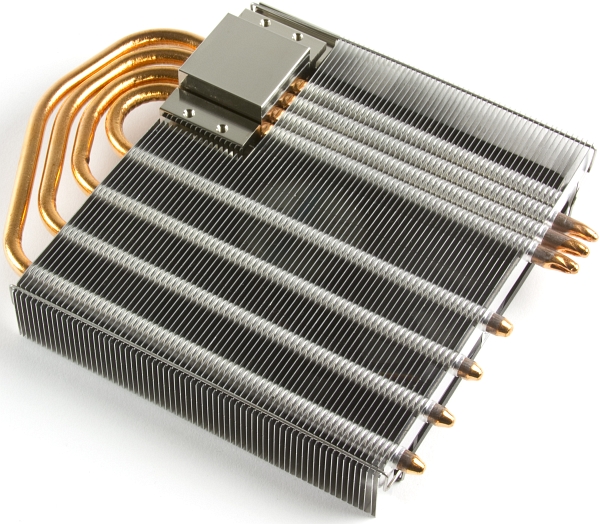 For some reason Scythe sticks to the annoying fans with fan-controller bracket. It would be more usefull to supply a cable with adapters for common 3-pin and 4-pin graphics-cards fan-connectors. This would allow the graphics-card to control the fan depending on the temperature and would also save a slot. Of course it's recommended to keep one slot free, but nowadays extremly short-sized PCIe adapters are available which would not hinder air-flow. The overhanging cooler-designs prevents heat accumulation directly on the graphics-card. 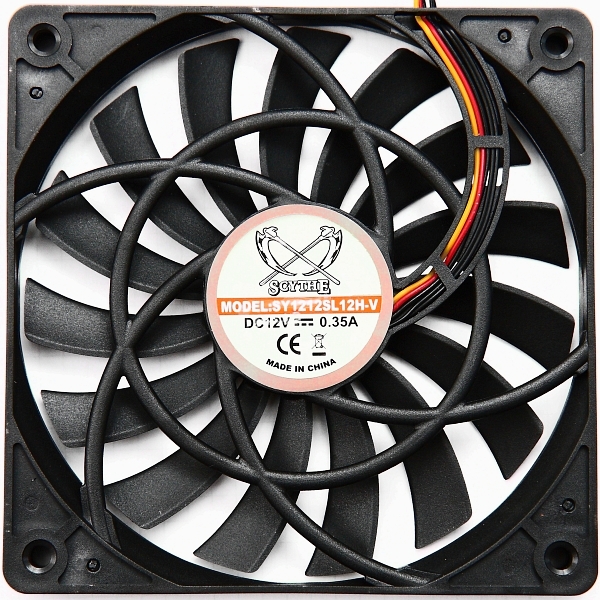 If you are as annoyed as we with the fan-controller, you can use any other 12mm slim fan to either keep the two-slot design or fit a 25mm fan with cable straps which will improve the airflow greatly. As you can see the identical fan without the controller is available for about €6,30. Both fans rotate up to 2000rpm and the airflow is up to 78m³/h or 45.5CFM. 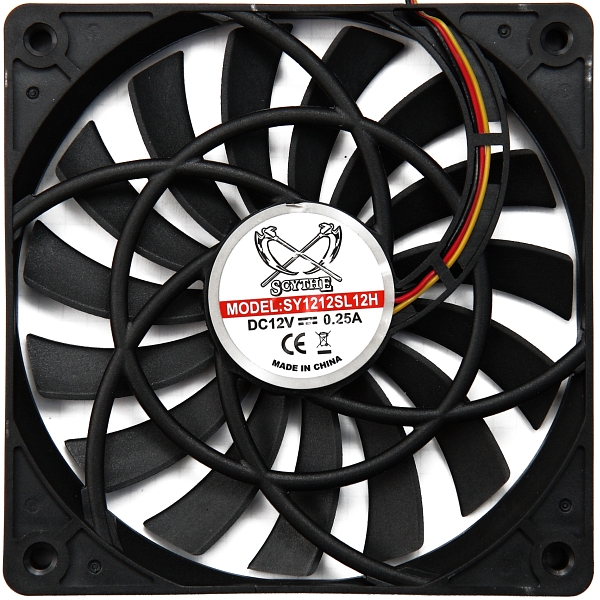