We also tested the DX11 version of Lost Planet 2. Besides a massive drop of fps and little more eye-candy, the reduced framerate also had an impact on the temperatures. 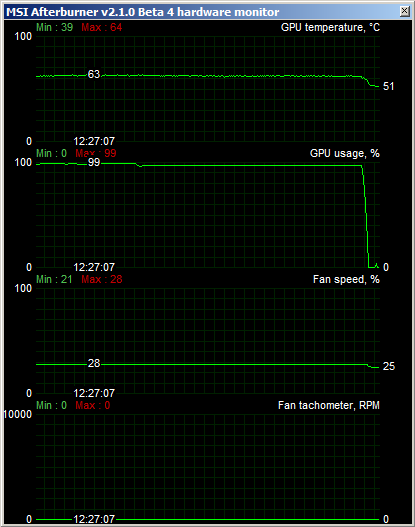 With less than half the framerate compared to the DX9 version, the temperature reaches only 63°C. 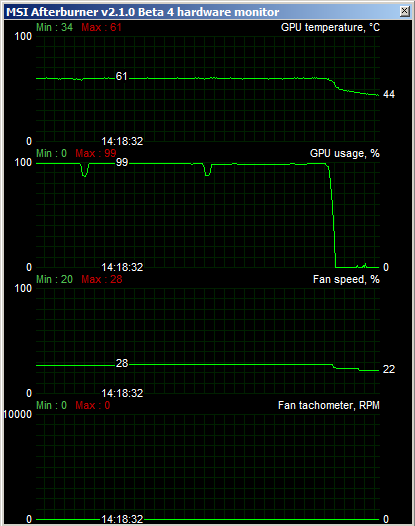 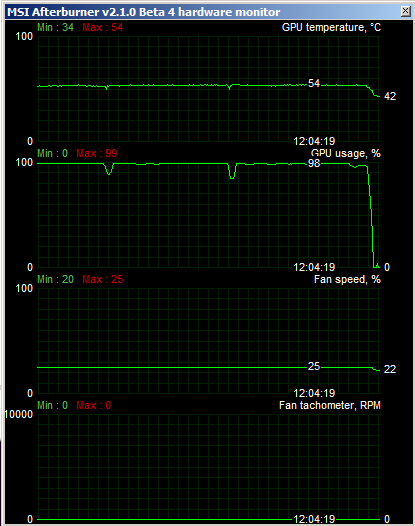 Just 54°C at full speed is impressive, some passive cards would like such temperatures when idle. 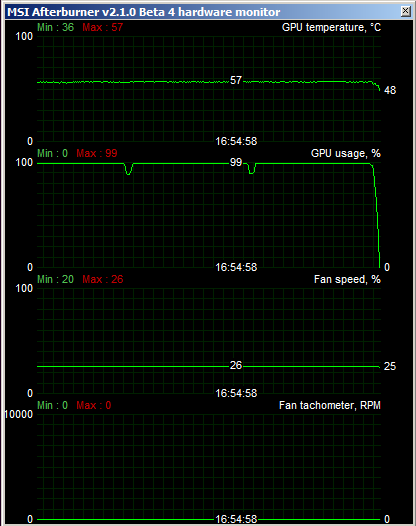