In case an Asus laptop that caught your eye has the letter G in the name, it means it’s aimed at gamers. To make sure that the series is as diverse as possible, Asus offers 15.6’’, 16’’ and 17.3’’ devices. We tested the fastest model – the G74SX, which comes with Nvidia GTX 560M graphics and Core i7 2630QM processor.

Asus’ Republic of Gamers G74SX laptop comes with a large 17.3’’ display. If however you think it is too large or pricey, you can get the same CPU and GPU in a 15.6’’ package, going by the name of G53SX.

Enthusiasts probably know this by now, but we’ll repeat it for our readers just in case. Nvidia launched GTX 570M and GTX 580M graphics cards a few days ago. While they are faster than the GTX 560M, you’ll see that the latter holds its own quite nicely. 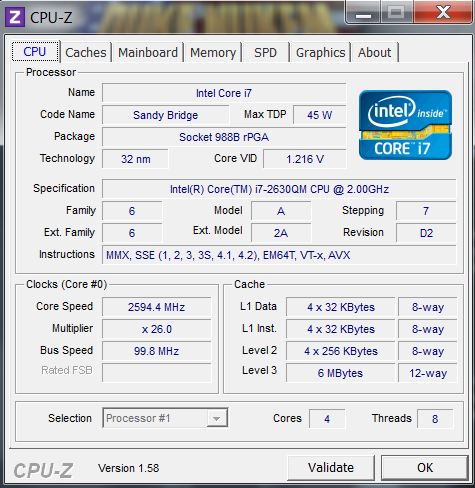 This 17 incher additionally has 12GB of DDR3 and it’s pretty much evident that it will handle multimedia. The real question of course is whether it will allow for smooth gaming at its native resolution of 1920x1080.

The G74SX’ monitor boasts refresh rate of 120Hz, meaning it supports 3D and Asus gifts users Nvidia’s Shutter glasses as well. The displays has quality backlighting, which is a must since the Shutter glasses tend to make the picture a tad darker.

Of course, 3D is not everyone’s cup of tea and we’d advise you to try it out first before choosing a laptop with a 3D display. In case viewing 3D causes fatigue or discomfort, Asus offers a G74SX with a classic display, which as you can imagine is a bit cheaper.

Asus G74SX comes with two 750GB hard drives. The battery is an 8-cell, but it goes without saying that longer gaming sessions will require an outlet. Naturally, it’s to be expected with such devices.

The Asus G74SX configuration we tested is priced at about €1900, but it may end up cheaper depending on the configuration. You can find it listed here.