As far as looks go, we really liked the G74SX. Top of the laptop is coated with a soft-touch matte surface, which copes well with fingerprints and helps the laptop feel more robust. 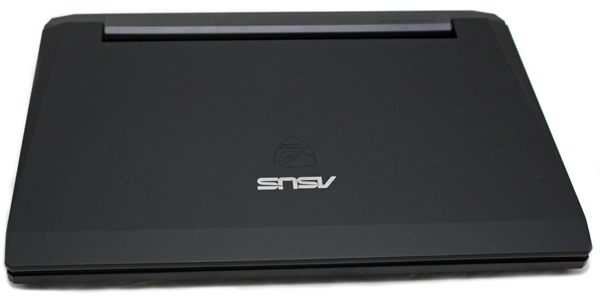 Front side and back side

The only thing of interest on the front is the Power Indicator. Once the laptop is closed, the blinking LED shows it’s in Sleep mode. 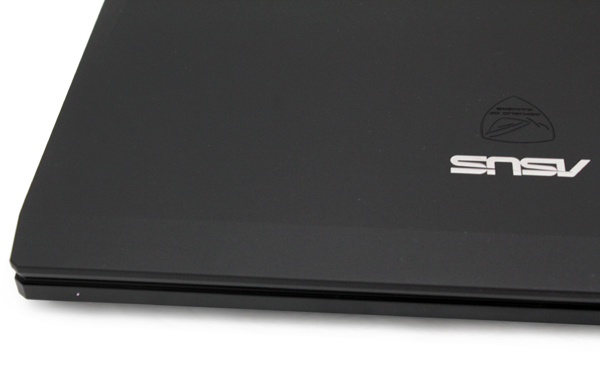 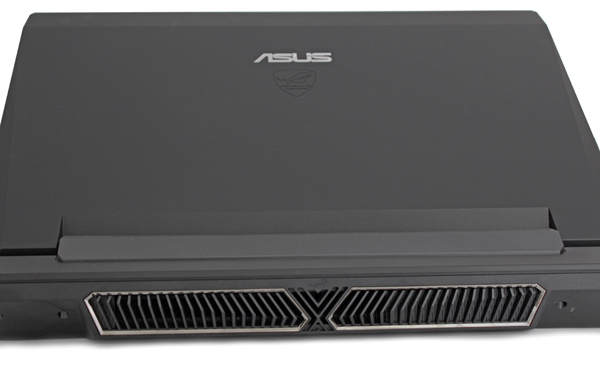 Bottom and the Battery

The bottom of fashined from rugged black plastics and it is possible to replace hard drives or memory, which is probably a good idea since the laptop is aimed at the enthusiast crowd. Unlike classic batteries, Asus G74SX uses a square one. 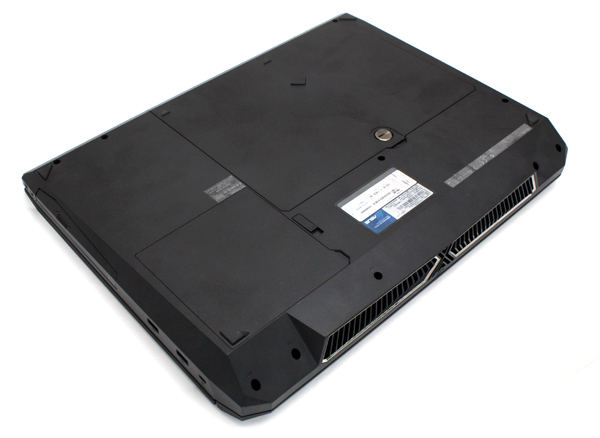 We’re talking about a Li-Ion A42-G74 eight-cell battery with 5200mAh, 74W. Of course, if you’re planning long gaming sessions, you should make sure you’re near an electricity outlet because the battery won’t last longer than an hour when under full load. Classic operation with WLAN on may last up to 2.5 hours whereas turning off WLAN and decreasing brightness will result in 3.5 hours of endurance. 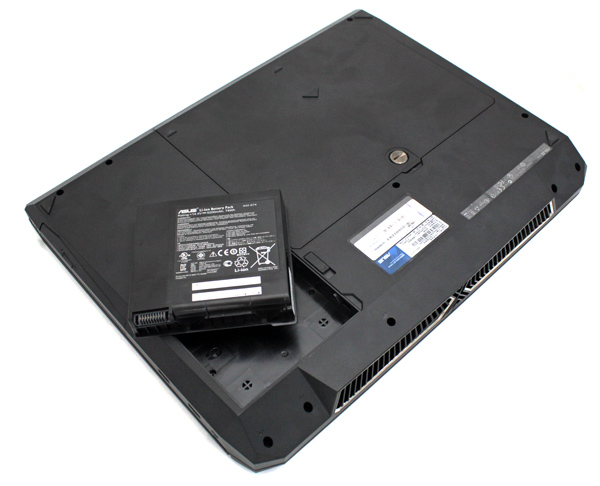 G74SX comes with two Seagate hard disks (ST9750420AS) each with 750GB. As you can see, they’re easily acessible by removing the plastic cover. 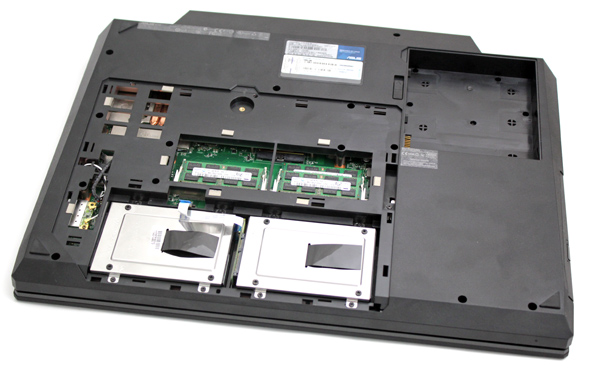 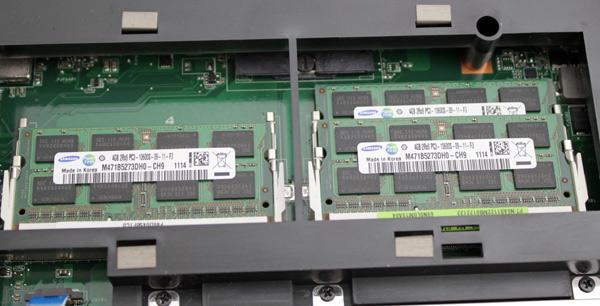 The GTX 560M is located top right, whereas the Core i7 2630QM is just around the center, above the memory. GPU and CPU heatsinks have two heatpipes each. The picture below shows where the GPU cooler’s heatsink starts. 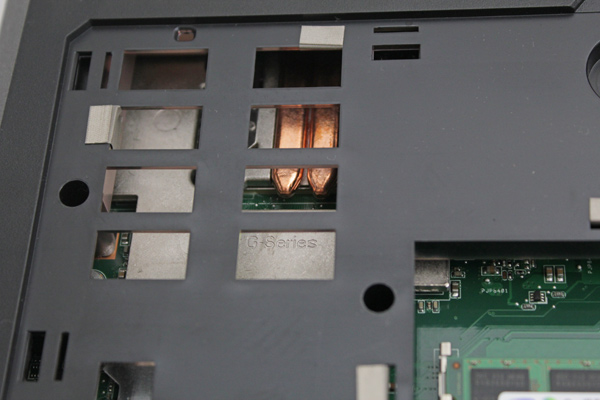 The following picture shows that the laptop has two fans.