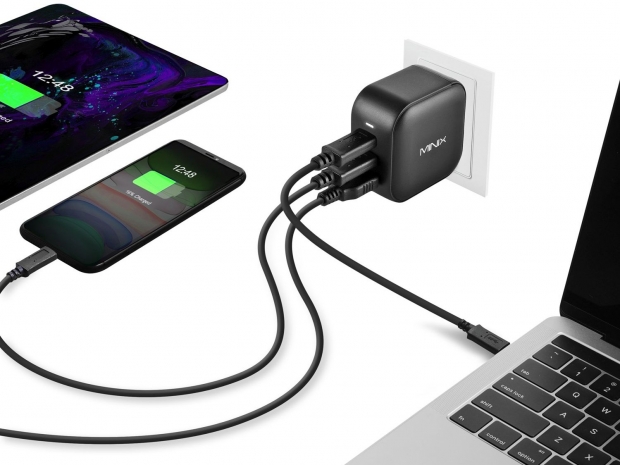 MINIX is well known for its mini PC devices and has been a very successful player for years. In the meantime, the company expanded its portfolio to include USB Type-C storage and chargers. 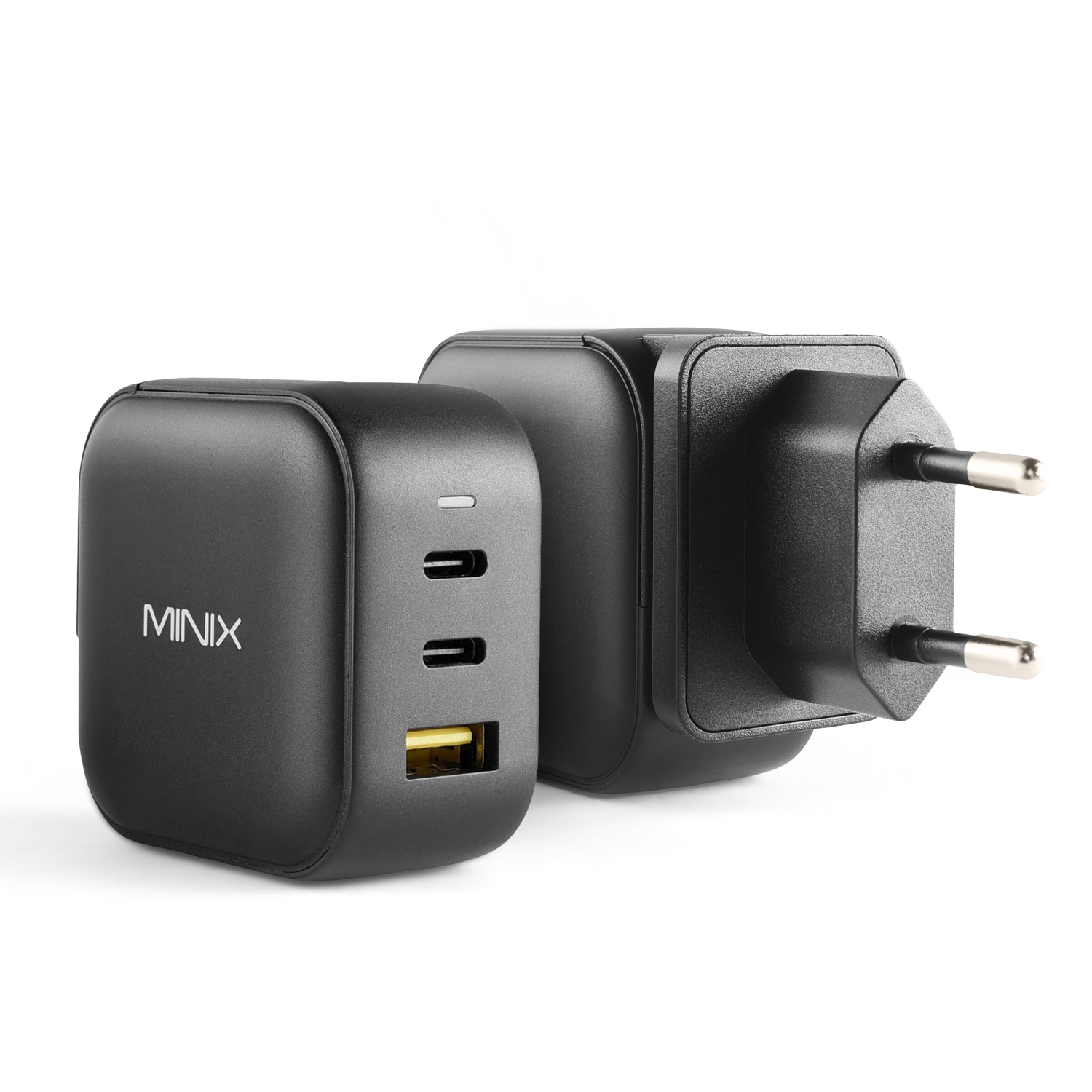 The MINIX NEO P1 is approximately half the size of the MINIX NEO P2, but it still includes three ports: 1 x USB-A (max. 36W) and 2 x USB-C (max. 65W). You can charge three devices at the same time. One example is that one can charge the Power Delivery enabled phone at 65W, laptop with Type-C in at the same 65W, and the USB-A, for example, wireless headphones at up to 36W. Appropriate Type-C to Type-C cable supporting Power delivery is needed. The last port uses a Type-A standard USB port to Type-C with up to 36W.

The total combined simultaneous power output of MINIX NEO P1 is 66W. It’s an incredible amount of power for such a tiny wall charger.

What’s in the box

An exceptionally nicely designed box offers a lot of information about the device. First and foremost, it is evident that this is a 66W capable charger and can charge a phone, tablet, or laptop or a hand console. It is compatible with most USB-A and USB-C smartphones, tablets, laptops, and an electronic device. The support device list includes iPhone 6 to 11 and all variants, Google Pixel 2 and Pixel C all the way to the la4est Pixel 4a and 4. Samsung S20 Ultra and all phones backward to Galaxy S8 and Note 8, iPad Pro 12.9 and all older models, MacBook Air 13 (2018) Macbook 12, Macbook Pro 13, Macbook Pro 15 and Macbook Pro 16 as well as Surface Pro 7, Surface Laptop 3 and Surface Go are supported. 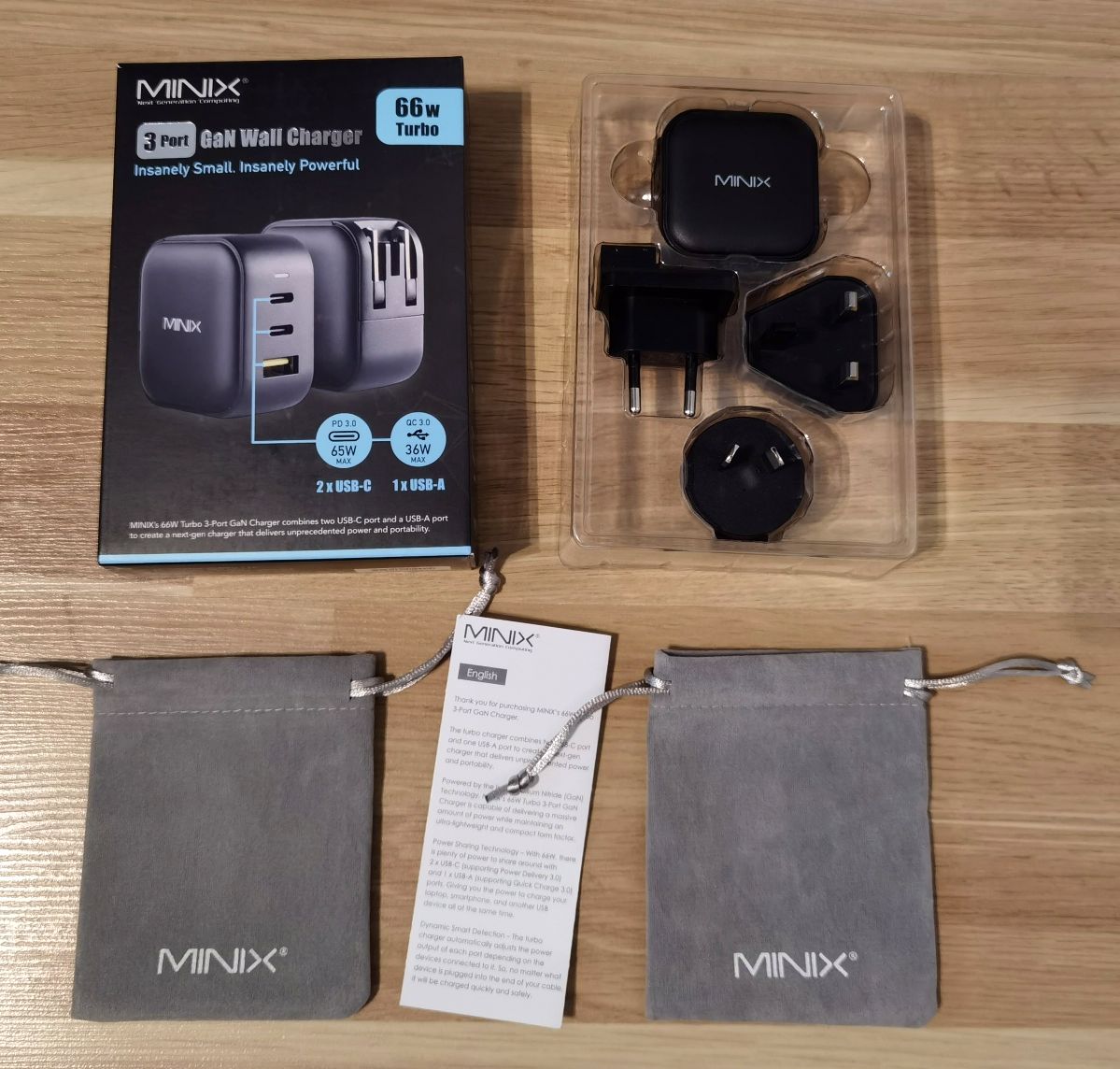 The list includes Nintendo Switch, Dell 13 inch XPS, Huawei Matebook, Lenovo Yoga C940, and Xiaomi Air. The list doesn’t include some of the latest greatest iPhones and other devices, but it mainly supports them, including iPhone 12 phones. It just came out before these devices were announced and could not be certified in time.

The box includes an extremely compact charge, two caring pouches, and three different power adapters. It supports US, EU, UK, and Australian power plugs, and it will be a perfect travel companion. For the most part, it can charge three devices at once. That should be enough for even the most demanding on the move. MINIX 66W Turbo 3-Port GaN charger supports worldwide universal 100-240V voltage. 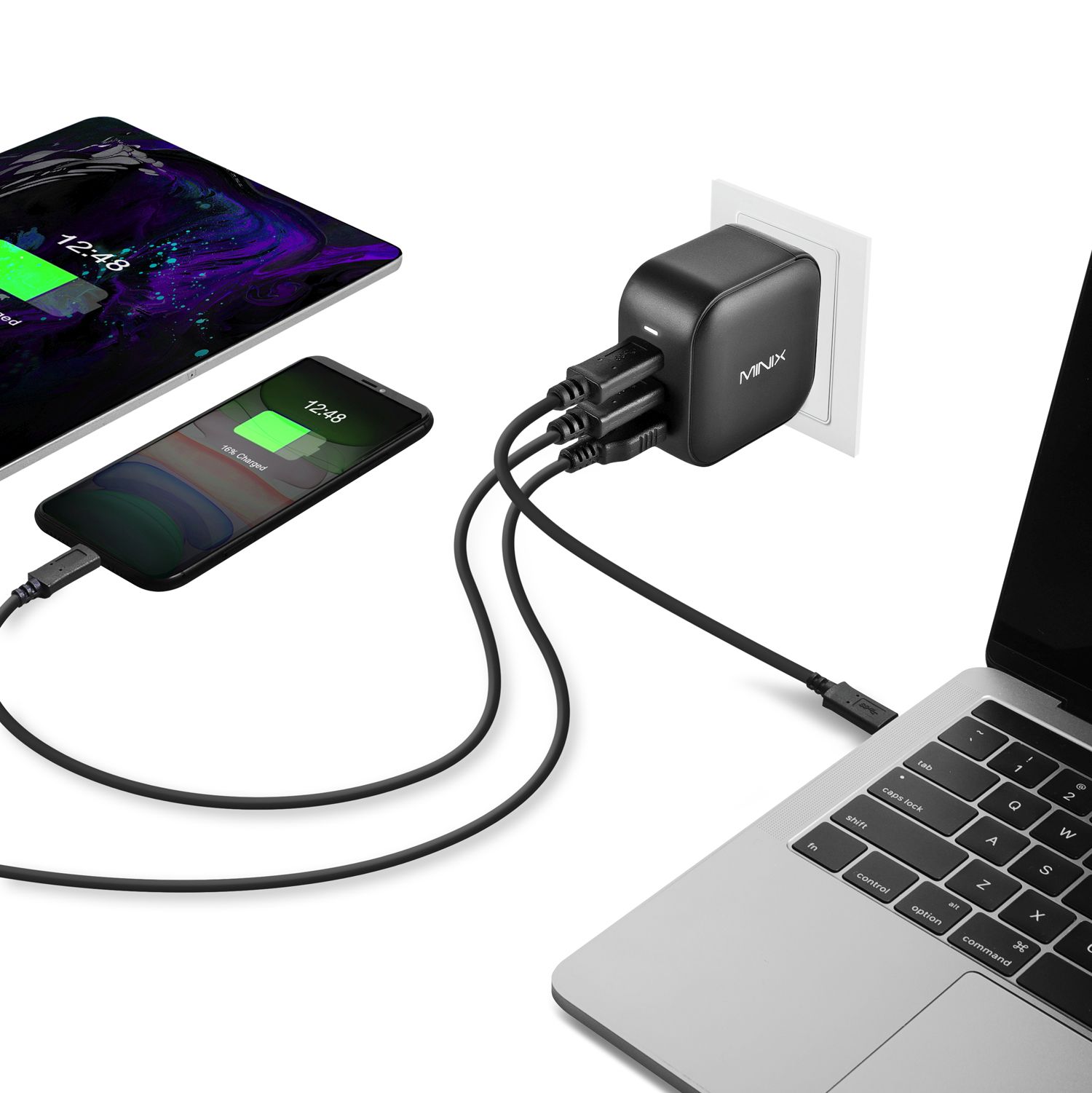 We tried a Dell XPS 13-inch 2018 model. The charger worked well and also worked on a Galaxy S Book with Qualcomm Snapdragon 8CX. It was charging the laptop just fine. It also charged the phone or Bluetooth headphones via Type-A cable - a bit slower, but it also worked. 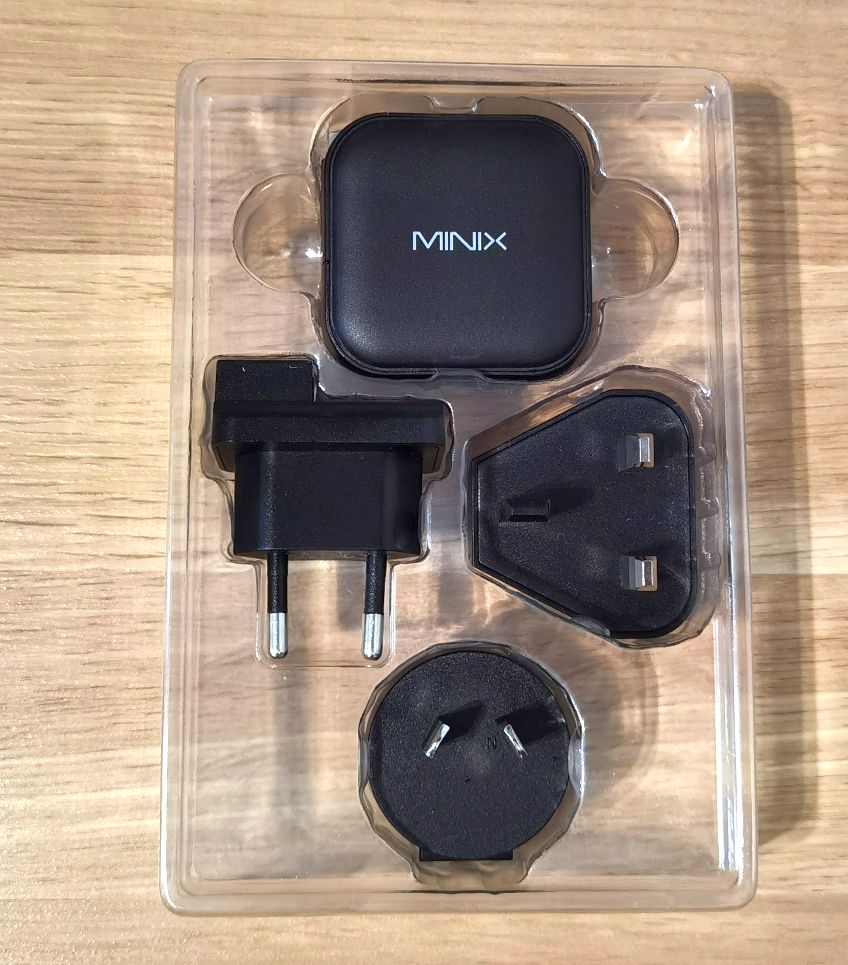 The suggested retail price of MINIX NEO P1 is $34.90 in the US, €34.90 in Euro supporting countries or £34.90 in the UK.  It is significantly cheaper than Apple’s official chargers and highly competitive with direct competitors, such as RAVPOWER, UGREEN, ANKER, and AUKEY.

MINIX NEO P1 is very small, compact and it will support all voltages and country-specific plugs once we start actively traveling next year. It is a great mix of build quality, power, and size, and the fact that it will fast charge your three devices simultaneously is beneficial. It will also free some power sockets at home and still be able to service three devices simultaneously.

The only thing that I would want to see is an additional SKU that comes with high-quality 65W certified Power Delivery Type-C cables as there are many bad cables out there. MINIX offers high-quality 10Gbps capable power delivery NEO C-MUC Type-C to Type-C and NEO C-4K Type-C to Type-A cables as separate products.

The price is right. The product is very versatile and does its job well. If you need a highly compact charger that will power most modern MAC and Windows-based laptops and Android or iPhones, this is the one to go for.