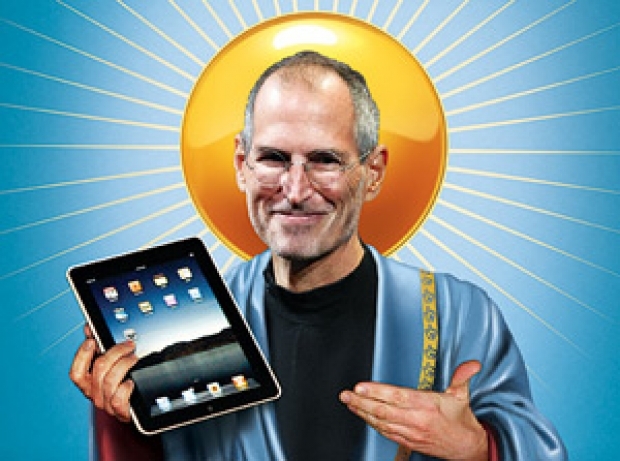 Steve Jobs’ idea that tablets would change the way we use computing has instead become the new MP3 player and the hula hoop and fast becoming consigned to the dustbin of electronics history.

When Jobs launched the tablet to the acclaim of the Tame Apple Press who honestly believed he invented it, I said it was a fad and would go nowhere. The fad lasted a bit longer than I expected. It was stabilised mostly by the fact that for a while those who wanted a tablet already had one.

The Q3 2018 decline wasn’t double digits, but it shows all the same numbers as a technology on a slow decline into oblivion.

IDC counts both slate form factors and detachables, meaning tablets with keyboards included. Apple maintained its top spot for the quarter, with Samsung and Amazon rounding out the top three.

Huawei was the only company in the top five to ship more tablets than the year before. The top five vendors accounted for 68.4 percent of the market, up from 67.1 percent last year:

Apple’s shipment numbers were down by 600,000, but that still translated into a slight 0.7 percentage point gain (from 25.9 percent to 26.6 percent), as the overall tablet market declined so much. The company was able to maintain its lead partly thanks to this year’s iPad which was sold to those who would buy anything so long as it had an Apple logo.

Samsung shipped 700,000 fewer tablets than in the quarter a year ago and ended up losing 0.7 points of market share (from 15.0 percent to 14.6 percent). The company’s slate models declined more than its detachable shipments could accommodate.

Amazon shipped slightly fewer tablets (around 4.4 million), which turned into a 1.0-point gain of market share (from 11.0 percent to 12.0 percent), plus a move into third place. IDC says the increases were due to robust Prime Day sales. Rounding out the top five, Huawei shipped 200,000 more tablets, gaining 1.3 points, and Lenovo shipped 800,000 fewer tablets, losing 1.4 points.

IDC research analyst Lauren Guenveur said the detachable market has failed to see growth in 2018, a worrying trend that has plagued the category off and on since the end of 2016.

“In October, we finally saw the highly anticipated refreshes of Apple’s iPad Pro and Microsoft’s Surface Pro, as well as new products by Samsung and Google, which lead us to believe that the last quarter of the year will turn the detachable category around, at least for the time being. Increasingly sparse are new products by the top-tier PC OEMs as they remain more focused on their convertible portfolio, a move that will ultimately affect the overall trajectory of the detachable market going forward”, she said.

Last modified on 05 November 2018
Rate this item
(0 votes)
Tagged under
More in this category: « Samsung brings a dose of mixed reality Odyssey Trump's FCC allows Verisign to jack up the prices of .com »
back to top